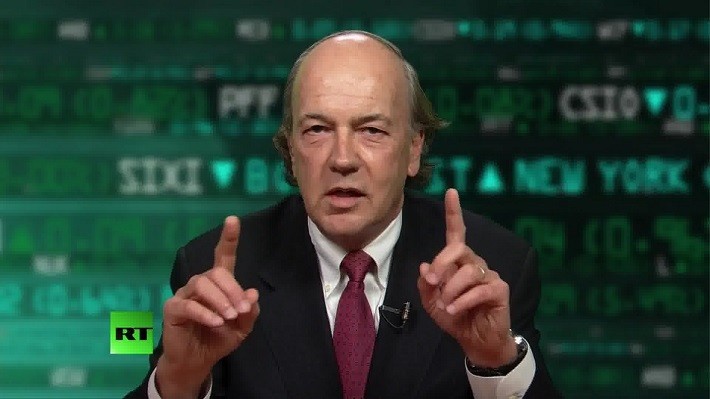 Four time bestseller writer Jim Rickards says the FED “throwing in the towel” on rate hikes is signaling a big problem for the economy.

Rickards says, “The FED was tightening to get ready for the next recession…”

“You need to cut interest rates somewhere between 4% and 5% to get out of a recession. How do you cut interest rates 4% if you are only at 2.25%? The answer is you can’t. You have to get to 4% before you can cut 4%, and that’s what the FED was trying to do…

And, as of now, it looks like they didn’t get it right. Meaning, they tightened so much to get ready for the next recession they slowed the economy.”

Rickards says even more, “Bernanke painted them into a corner, and they can’t get out.”

Note: Four time bestseller author Jim Rickard is right to some extent. But only to a certain extent. Jim Rickard suffers from a lack of imagination. The best example can be demonstrated by the example of a beggar from Trump’s biographical book:

Donald Trump once walked across Manhattan and at the entrance to the subway he was approached by a beggar asking for money. Trump got upset and went to the beggar saying, “While you’re at zero, I’m minus 2.3 billion.” How did you think of asking me for money?”