Today’s emerging markets are tomorrow’s powerhouses, according to a recent forecast from Standard Chartered, a multinational bank headquartered in London.

The bank sees developing economies like Indonesia, Turkey, Brazil, and Egypt all moving up the ladder – and by 2030, it estimates that seven of the world’s largest 10 economies by GDP (PPP) will be located in emerging markets.

Possibly the biggest surprise on the list is Egypt, a country that Standard Chartered sees growing at a torrid pace over this timeframe.

If comparing using the 2017 IMF figures, the difference between the two numbers is an astonishing 583%. This makes such a projection quite ambitious, especially considering that organizations such as the IMF see Egypt averaging closer to 8% in annual GDP growth (PPP) over the next few years. 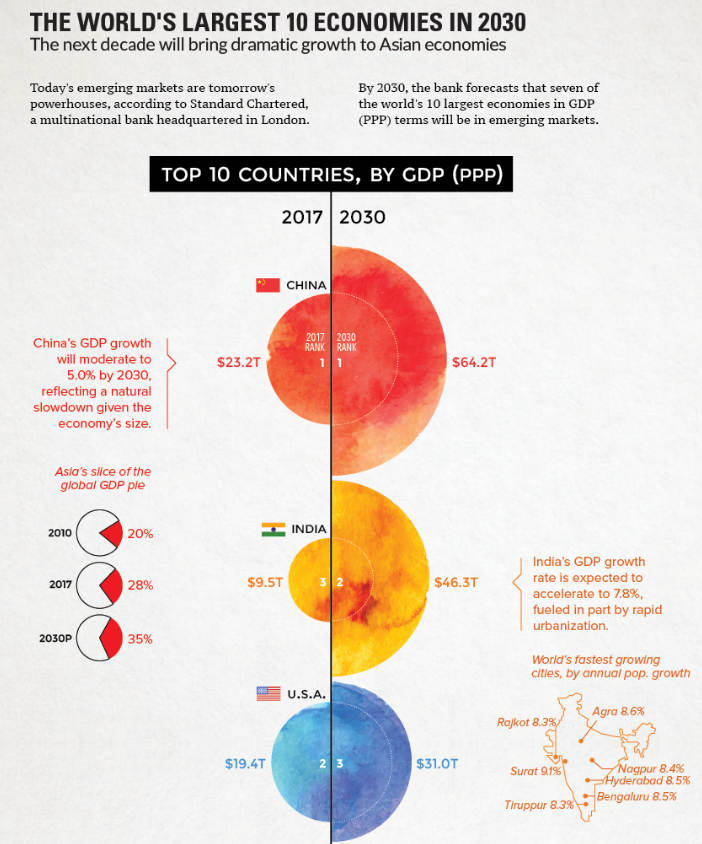 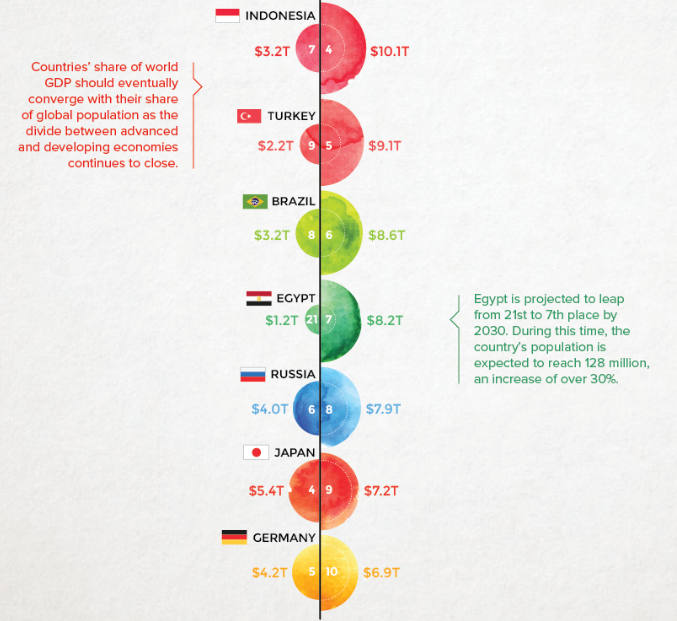