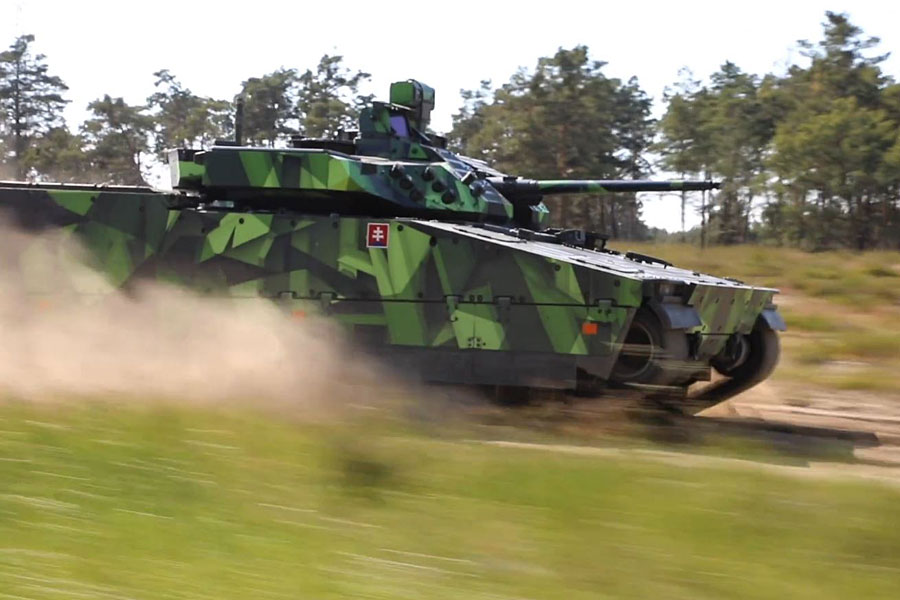 Slovak Ministry of Defense announced that it had signed an agreement worth 1.37 billion USD for the delivery of 152 Swedish infantry fighting vehicles CV90 Mk IV.

The Swedish Combat Vehicle 90 or CV90 has proven suitable for the subarctic climate of Northern Europe, with excellent maneuverability over snow and wetlands, and strong firepower. The CV90 platform design has continuously evolved in steps from Mk0 to current MkIV with advances in technology and in response to changing battlefield requirements. The Slovak Ministry of Defense on December 12 announced that it had signed an agreement worth 1.37 billion USD for the delivery of 152 CV90 MkIV infantry fighting vehicles (IFVs) from BAE Systems. This is the latest version of the CV90 series, with the latest advanced capabilities and digital technology.

The CV90 MkIV is considered a combat-proven fifth-generation Infantry Combat vehicle, combining speed and improved battlefield handling with an upgraded Electronic Architecture to support future growth capabilities. Slovakia’s 152 CV90s will be produced and delivered in several configurations in full cooperation with the domestic industry.

The CV90 Mk IV is equipped with a new Scania engine which develops up to 1,000 horsepower and the latest upgraded X300 heavy-duty transmission. Its max weight has increased from 35 to 37 tons with space for two tons of additional payload without a decrease in vehicle agility. It features a new augmented reality system named iFighting. The iFighting concept fuses together data from different systems within the vehicle to filter through and prioritize the most critical information. This allows the crew to make quicker decisions to improve overall performance on the battlefield. The Mk IV generation will also be the first Western IFV with a qualified Active Protection System.

The Slovak CV90s will be equipped with the new state-of-the-art D-series turret with a 35 mm gun. The turret provides crews with improved protection and amplified combat efficiency. The Slovak CV9035 will also be equipped with Elbit Systems’ “Iron Fist” active protection system solution and an integrated, Rafael Advanced Defense Systems’ SPIKE-LR, an advanced anti-tank guided missile.

According to armyrecognition, of the 152 vehicles, 122 will be delivered in the infantry fighting vehicle variant. 12 vehicles will be built in a new configuration for the Anti-Material Rifles and Grenade Launcher Squad. The remaining vehicles will include Command & Control, Reconnaissance and Engineer and Recovery variants, aimed at providing specialist combat logistics support. The contract also covers training and education systems, as well as tactical simulators.

The new 1,000-horsepower engine on the MkIV helps the vehicle to reach a maximum speed of up to 70 km/h, a range of 350 km. The torsion bar suspension of the CV90 MK IV consists on each side of seven dual rubber-tired road wheels, a drive sprocket at the front, and an idler at the rear with no track-return rollers. Standard equipment of CV90 MK IV includes an NBC protection system. It also uses heat-absorbing filters to provide temporary protection against thermal imaging (TIS), image intensifiers, and infrared cameras (IR).

With a contract for 152 CV90s, Slovakia will be the eighth member of the CV90 family. Other operators of this combat vehicle include: Denmark, Estonia, Finland, Norway, Sweden, Switzerland and the Netherlands.