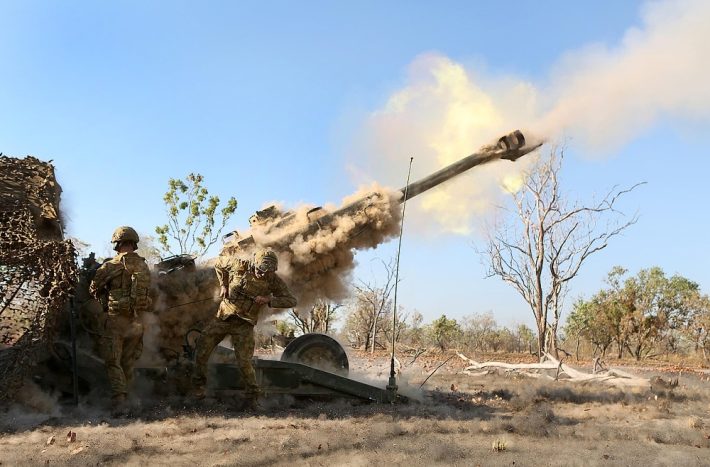 Two-thirds of the North Atlantic Treaty Organization (NATO) have depleted their stockpiles by sending weapons to Kiev, according to an alliance official. Even larger NATO states are struggling to meet the demands of Ukraine’s war effort.

The New York Times reported on Sunday the North Atlantic alliance is struggling to meet Kiev’s battlefield needs. According to one NATO official, 20 out of 30 members are “pretty tapped out” regarding their ability to supply Ukraine with additional weapons. While larger states like the US, France, Germany, and Italy have the ability to arm Ukraine, those governments have also resisted sending specific weapons systems requested by Kiev.

Ukraine has sought long-range surface-to-surface missiles known as ATACMS from Washington. However, the White House has rebuffed the request out of concerns the munitions could be used to hit Russian territory.

Part of the cause of the dwindling arms supply is the massive demand for artillery. Currently, Ukrainian forces are firing thousands of rounds daily, but the US can only produce 15,000 rounds per month. Camille Grand, a defense expert at the European Council on Foreign Relations, told NYT, “[a] day in Ukraine is a month or more in Afghanistan.”

Mark F. Cancian, a former White House weapons strategist and current senior adviser at the Center for Strategic and International Studies, agreed it would take a multi-year effort to ramp up the production of key weapons. “If you want to increase the production capability of 155mm shells. It’s going to be probably four to five years before you start seeing them come out the other end,” he said.