A high-ranking commander of IRGC says the country has developed a homegrown hypersonic ballistic missile which is capable of penetrating sophisticated aerial defense shields and striking designated targets.

“The missile has a high velocity and can maneuver both in and out of the Earth’s atmosphere,” Brigadier General Amir-Ali Hajizadeh, the commander of the IRGC’s Aerospace Division, told reporters on Thursday.

“The new missile can pass through all missile defense systems, and I don’t think that the technology capable of countering it will be achieved in the decades to come. It can target the enemy’s anti-missile systems, and its production marks a huge leap in the development of a new generation of missiles,” Hajizadeh pointed out.

Iranian military experts and technicians have in recent years made substantial headway in manufacturing a broad range of indigenous equipment, making the armed forces self-sufficient in the arms sphere. 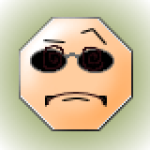