Chinese Foreign Minister Wang Yi has called on other claimants to the South China Sea to “jointly resist” US pressure in the region, The South China Morning Post reported on Thursday.

Nevertheless, there is cardinal problem: China, Taiwan, the Philippines, Vietnam, Brunei, and Malaysia all have overlapping claims to the South China Sea. The US has inserted itself into the maritime dispute and formally rejected most of Beijing’s claims in 2020.

The US rejected China’s claims under the framework of the United Nations Convention on the Law of the Sea (UNCLOS), an international treaty that defines the rights of nations to territorial waters. While using UNCLOS to reject Beijing’s claims, the US is not a party to the treaty as it has never been ratified by the Senate.

“Some countries not only refuse to accede to the United Nations Convention on the Law of the Sea but also concoct the Indo-Pacific strategy to compile exclusive small circles, engage in close provocations at sea, show off forces, endanger the peace and tranquility of the sea. This should be jointly resisted,” Wang said, referring to the US.

The Biden administration’s Indo-Pacific Strategy was released earlier this year, and the document calls for a greater US presence in the region to counter China with a focus on building alliances and boosting partnerships. Wang has previously said that such an effort could lead to a Ukraine-style “tragedy.”

Another aspect of the US involvement in the South China Sea dispute is US naval operations in the disputed waters. Since the Obama administration, the US has sailed warships close to Chinese-controlled islands in the waters, raising tensions with Beijing.

The US has also cited a 2016 international tribunal ruling made under UNCLOS that sided with the Philippines in its maritime dispute with China over claims in the South China Sea. Wang hit out at the ruling on Thursday, calling it “the abuse of arbitration.” 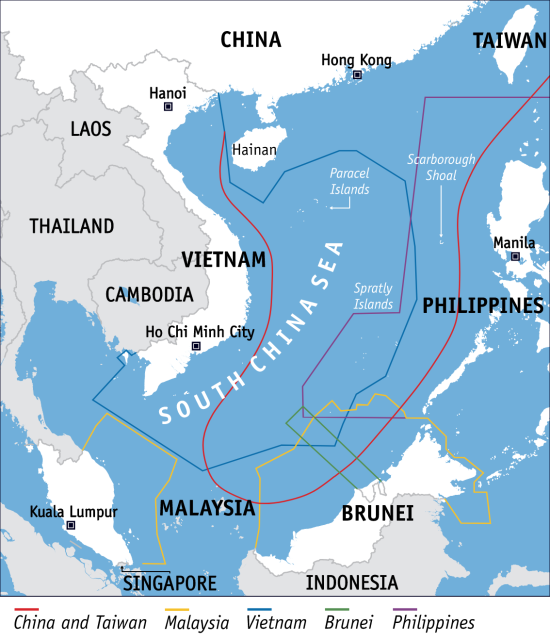