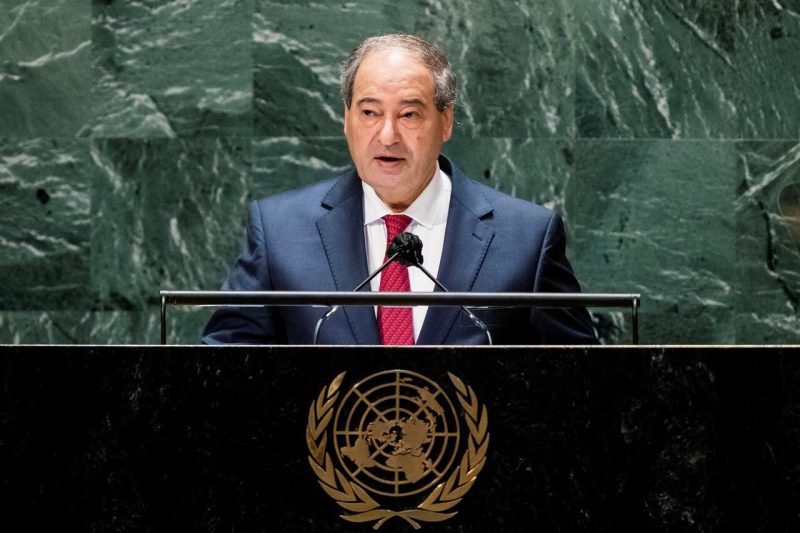 In a rare plea before the U.N. General Assembly in New York, Syria’s top diplomat demanded compensation for oil and gas stolen by the United States, as well as its monumental energy losses over the course of the 11-year long war.

“The war against Syria, ultimately, was an attempt by the West to maintain control over the world,” Syrian Foreign Minister Faisal Mekdad told the assembly on Monday, demanding further that the continuing US military occupation in the oil and gas rich northeast “should end immediately, without conditions.”

He informed UN leaders that “direct and indirect” oil and gas sector losses over the course of the conflict have reached $107 billion, stressing further that Damascus is demanding compensation.

“Fighting terrorism does not happen through an illegitimate international coalition that violates Syria’s sovereignty and destroys towns and villages,” Mekdad asserted. He said that any ‘counterterror’ campaign or foreign presence on sovereign Syrian soil must be done in direct coordination with President Bashar al-Assad.

While during the Trump administration years the hundreds of American troops stationed in eastern parts of Syria were there to “secure the oil” – as Trump had often repeated, the Biden administration has chosen to stress a continued counter-terrorism mission. And yet, US forces and their Kurdish SDF proxies continue to occupy the largest and most important oil and gas fields in the region.

Russia too has long called for the immediate exit of American forces, and has of late appeared to step up its air campaign against anti-government jihadist elements in Idlib, which has put Turkey on edge. Pro-Iranian militias have reportedly launched sporadic attacks on US bases, meanwhile.

Ironically, just last week in President Joe Biden’s address to the UNGA, he declared “you cannot seize another country’s territory by force. The only country doing that is Russia.”

Many pundits were then quick to point out the obvious: that Biden denounced Russia’s occupation of eastern Ukraine all the while being completely oblivious to the years-long American occupation of Syria. Or alternately, Washington is certainly fully aware and believes itself to be the only country in the world with the “right” or “mandate” to seize any foreign soil that it wants to.