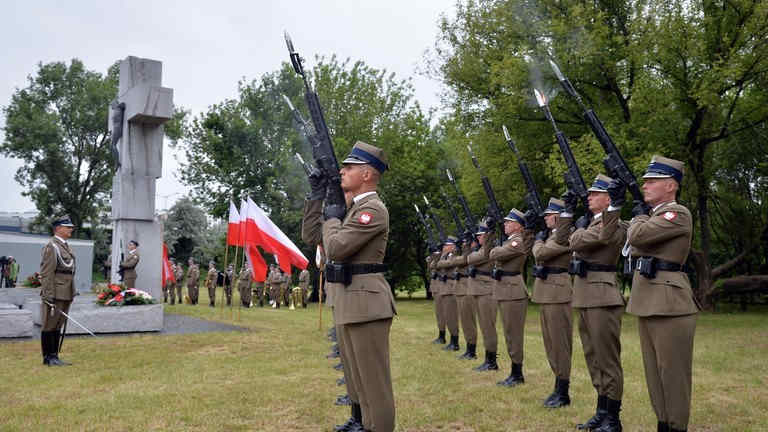 A Polish deputy culture minister says the 1943 Volhyn massacres fit the definition of genocide and Kiev will have to recognize that.

The mass murder of Poles by Ukrainian nationalists during the Second World War meets the definition of genocide and the government in Kiev will have to recognize this sooner or later, Poland’s Deputy Minister of Culture and National Heritage Jaroslaw Sellin said on Tuesday.

“They have to acknowledge it because it’s a fact. It’s simply a fact. A political decision was made and implemented for ethnic cleansing, the extermination of the entire national minority that has lived there for centuries,” Sellin told the Polish Press Agency (PAP) during a TV interview.

“This is genocide, it fits all the parameters of the definition of genocide, so there is no discussion here. This is a historical fact. Sooner or later, the Ukrainians will have to recognize it,” he added.

Polish historians say between 100,000-130,000 ethnic Poles were massacred by Stepan Bandera’s Ukrainian Insurgent Army (UPA). In 2016, the parliament in Warsaw adopted a resolution establishing July 11 as a day of commemorating the genocide, referring to the date on which the UPA attacked 150 Polish towns in Volhynia and Eastern Galicia. The parliament in Kiev responded by denouncing the resolution as counterproductive.

Poland has put together a proposal for a joint working group and sent the list of its members to the Ministry of Culture in Kiev, Sellin told PAP. The working group would start the search for mass graves, organize exhumations and proper burials, and put up monuments to commemorate the dead.

“We are waiting for a personnel proposal from the Ukrainian side,” he said.

Part of the problem, Sellin said, was the Ukrainian government policy of glorifying the UPA as Ukrainian nationalists who fought against the Soviet Union – while ignoring the other things they did, such as the genocide of Poles. As a result, he said, there is a “real ignorance” of the Volhyn massacres in Ukraine.

Poland’s task is to build a common historical truth, the deputy minister said, adding that the Ukrainians will “sooner or later come to the point where part of the traditions of this military formation and the nationalist political movements behind it are unacceptable, worthy of condemnation.”

Bandera and the UPA are national heroes in present-day Ukraine, officially established as such in 2010 by the US-backed government of President Viktor Yushchenko.