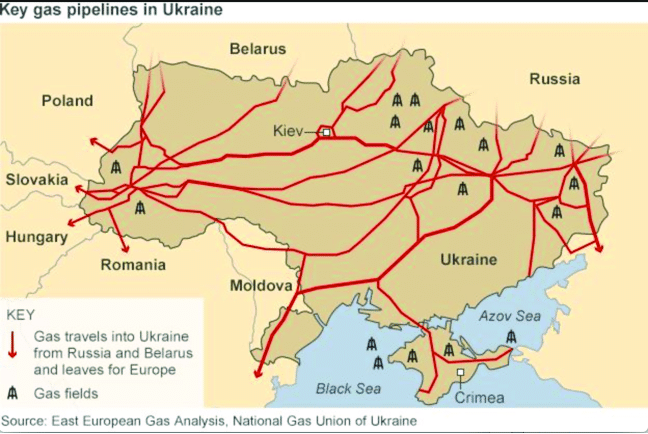 Russia does not want to extend its gas transit contract with Ukraine after 2024 when the current deal ends, the head of the Kiev-based state-run oil and gas company Naftogaz claimed on Monday.

Speaking to Reuters, Yury Vitrenko said that there is “not even a hint” of negotiations on a new contract.

“We are discussing it with the Americans and the Germans that all of us would like the transit to continue, but the Russians are reluctant to start these discussions,” he said.

Transiting gas from Russia to Europe is an integral part of Ukraine’s economy, and the country receives billions of dollars annually from Russian energy giant Gazprom for the use of its aging facilities, which were constructed by Moscow during the Soviet period.

Following the completion of Nord Stream 2, a controversial gas pipeline that connects Russia to Germany without passing through any third country, many in Kiev now believe the country’s economy is under threat, as Ukrainian pipes become less critical for the European grid.

Earlier this year, Ukrainian President Volodymyr Zelensky said that Nord Stream 2 would “disconnect Ukraine from gas supplies,” which in turn would cost Ukraine “at least $3 billion a year.”

“We will have nothing to pay the Ukrainian Army,” he told a delegation from the US Congress