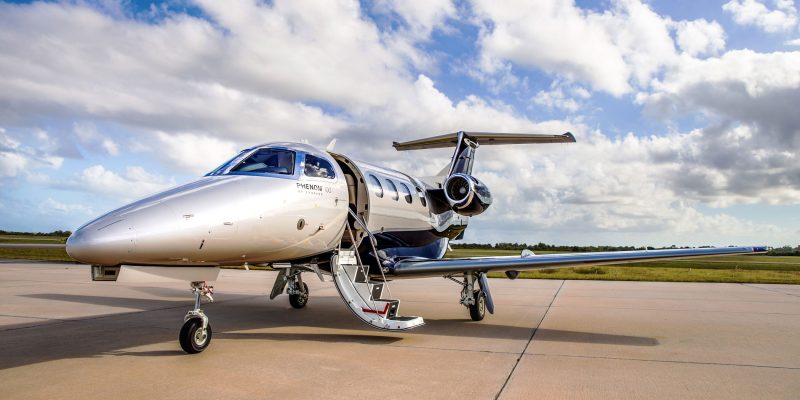 Embraer delivered a total of 28 jets in quarter three, of which seven were commercial aircraft and 21 were executive jets (19 light and 2 large). As of Sept. 30, the firm order backlog totaled $15.1 billion.

During quarter three, Embraer Executive Jets reached the milestone of the 250th business jet in operation in Latin America with the delivery of a Phenom 100EV and a Phenom 300E to two separate Brazilian customers. In the same period, Embraer Executive Jets delivered the first Phenom 300E with the new Bossa Nova interior to Joe Howley, co-founder of Patient Airlift Services (PALS).

Also in the third quarter, Helvetic Airways signed a commitment to convert four of their remaining firm orders to the larger E195-E2 aircraft. The original order, for 12 E190-E2s with purchase rights for a further 12, and conversion rights to E195-E2, was announced in September 2018. Embraer has so far delivered five E190-E2s to Helvetic Airways, and all deliveries of the remaining seven aircraft, including the four E195-E2s, will be completed before the end of 2021. In addition, during the period Bamboo Airways, from Vietnam, received and started operations with two first generation used E195 aircraft.