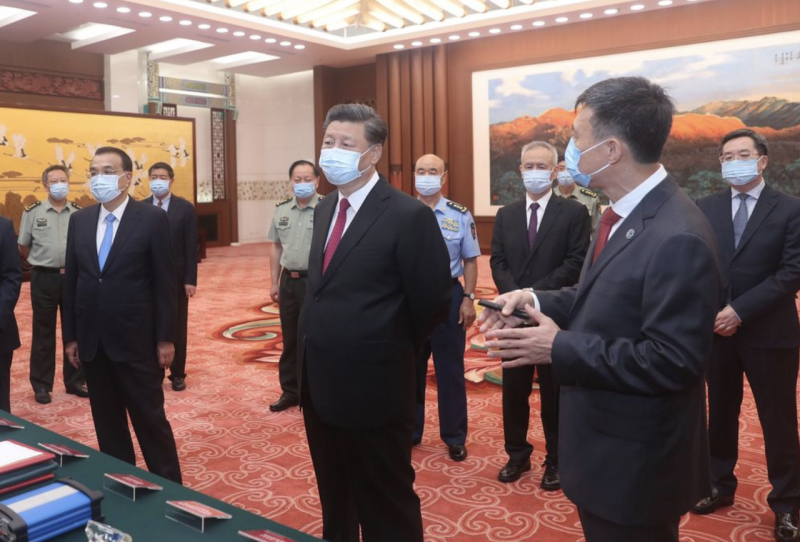 Just days after Communist Party officials censored a prominent academic who dared to criticize the CCP and its glorious leader, Xi Jinping, more news of what appears to be a mounting purge of dissent in the aftermath of the coronavirus pandemic, as Beijing prepares a Russia-style vaccine rollout.

WSJ reports that one of Xi’s most senior allies has called for a Maoist purge of China’s domestic-security apparatus, insisting last month that it is time to “turn the blade inwards and scrape the poison off the bone.”

Within one week of the call, party “enforcers” launched investigations into at least 21 police and judicial officials. Dozens more have been taken down in the weeks since. So far, the most high-profile figure to face charges is the police chief of Shanghai.

In essence, President Xi, who won plaudits for his handling of the COVID-19 pandemic but is nevertheless weakened due to China’s weakened economy and rising tensions with Washington, is launching his own assault on the deep state, mirroring President Trump’s animosity and distrust toward his own intelligence machine.

While it’s true that China’s political system suffers from “endemic corruption”, that’s not the real reason President Xi is doing this now, contrary to what some western media outlets have suggested.

Instead, it appears President Xi is launching his own war against China’s “deep state” by launching a full-blown purge of the state security apparatus.

The ultimate goal of the campaign is simple: create police, prosecutors and judges who are “absolutely loyal, absolutely pure and absolutely reliable”.

During his 8 years in power, President Xi has made a big show of confronting corruption, but critics say he has barely made a dent. Rather, his efforts have had more of a redistributive effect: those who are loyal to the ruler can eat their full from the trough, but those who aren’t may see even a minor slip up cost them everything.

Now that Xi has experienced first hand how unforeseen events can rattle even the authoritarian supreme leader of the CCP, he’s realizing that if he’s going to accomplish his goal of ruling until at least 2035, he’s going to need more leverage over the police and security apparatus, so that when he goes for a third term as Communist Party leader in 2022, nobody will raise a hackle, said Wu Qiang, a Chinese politics researcher and former lecturer at Beijing’s Tsinghua University.

“Xi is especially reliant on this coercive state apparatus, yet also distrustful of it,” Wu told the Wall Street Journal.