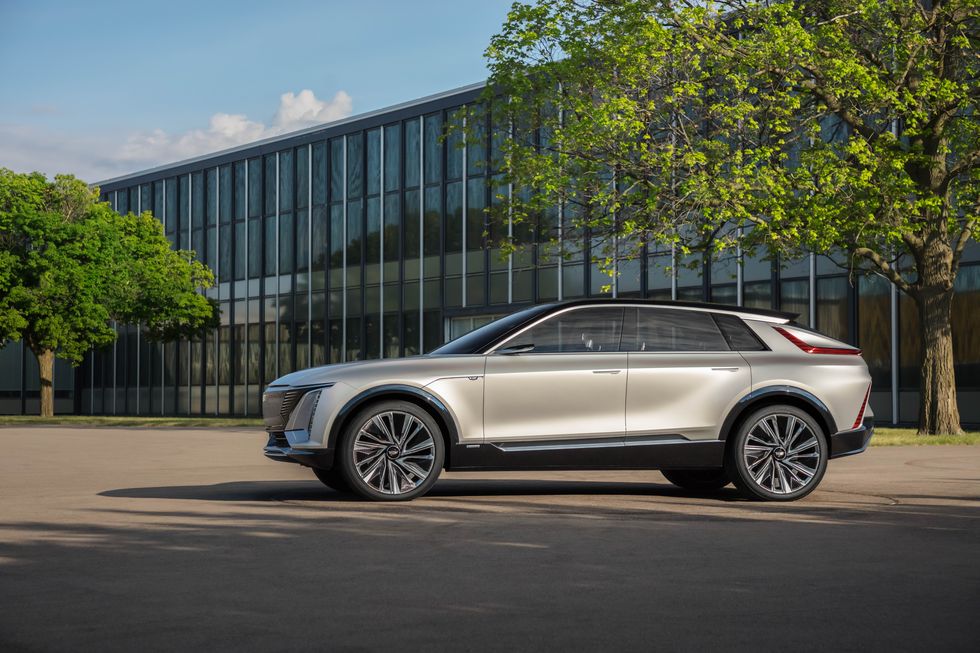 It won’t go into production for two more years but will be the first use of GM’s modular EV platform and Ultium battery technology. Cadillac wants you to know that the Lyriq may just be a “show car” at this stage, but it is the beginning of something big—not just for Cadillac but for the entire GM family. It’ll be the first all-electric Caddy and also the first vehicle to be built on GM’s new modular EV platform and use its Ultium battery technology. It also won’t go into production until late 2022. As GM has made clear, the company plans on introducing 20 EVs by 2023.

The Lyriq might not be on the road as soon as we hoped, but its dynamic styling and vertical headlamps do give us something to look forward to in the next chapter for Cadillac and GM as a whole. “It’s a cornerstone [that] we’re going to build our future on, that we’re going to build the brand on,” said Steve Carlisle, president of GM North America. “The Lyriq represents the next iteration of the iconic brand’s styling, enabled by electrification, as only Cadillac can express,” said Andrew Smith, head of Cadillac global design. The front end, while distinct with its vertical LED headlamps, bold grille lines, and illuminated logo, still conveys the Cadillac design language that’s been cultivated over the past few generations of vehicles. 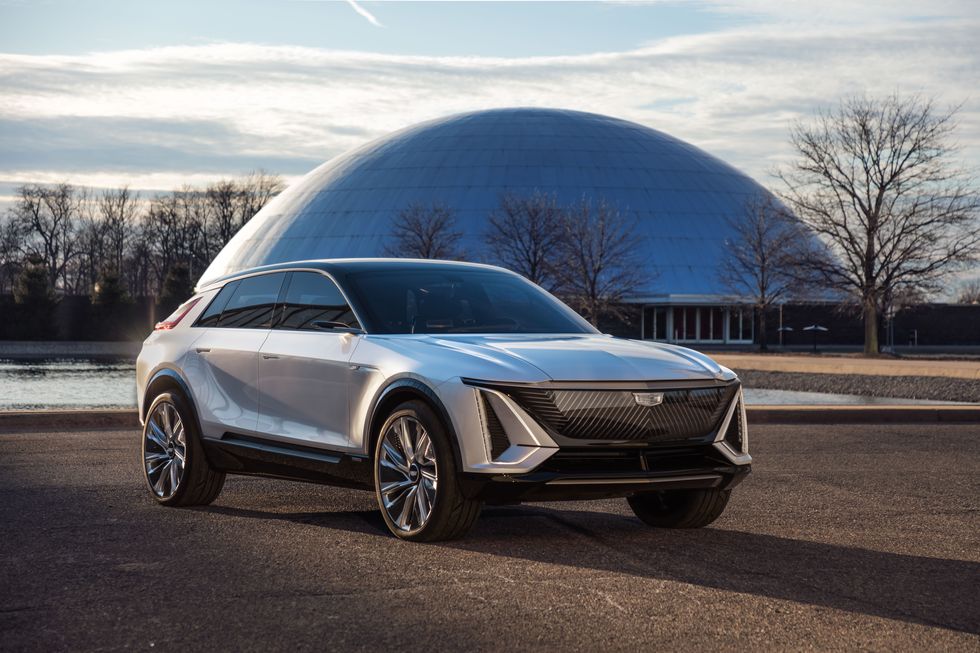 A low, sloping roofline gives the crossover a sporty exterior while serving to reduce the drag that can be murder on EV range. The rear lights are more dynamic than what we’ve seen from the automaker, with sharp angles on lights that follow and wrap around the lines of the vehicle.

Inside, besides the gigantic 33-inch LCD display (which Cadillac says can display more than a billion colors) that the automaker showed off in July, the Lyriq’s interior is more minimalistic than those seen in Cadillac’s gasoline-powered vehicles. Smith wanted to convey a sense of sophistication that’s clean and simple. The automaker even updated the rotary controller in the center console so that it appeared to be something built by a watchmaker. 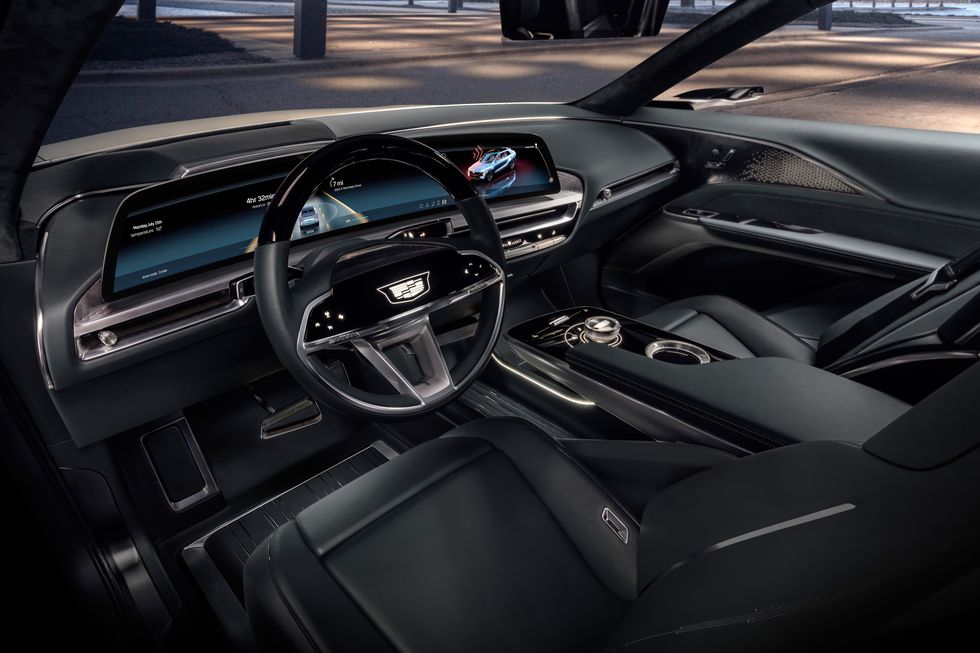 But for many, an EV is only as good as how many miles it can cover before its battery is depleted. Cadillac says it’s targeting a range of more than 300 miles for the electric crossover from a battery pack with an approximate capacity of 100.0 kWh. The current electric-SUV champ is the Tesla Model X Long Range Plus version, which has an EPA range of 351 miles.

To keep the Lyriq charged, Cadillac says, the vehicle will support DC fast charging higher than 150 kW but didn’t elaborate on its maximum DC charge rate. For those with the capability at home, the vehicle supports Level 2 charging up to 19 kW.

The Lyriq will be available in both a rear-wheel-drive version and as what Cadillac calls a “performance oriented” all-wheel-drive variant. Cadillac states that the AWD Lyriq will have a nearly 50/50 weight distribution and a center of gravity approximately four inches lower than the XT4. The automaker is promising an EV that is “sporty, responsive, and allows for spirited driving.”