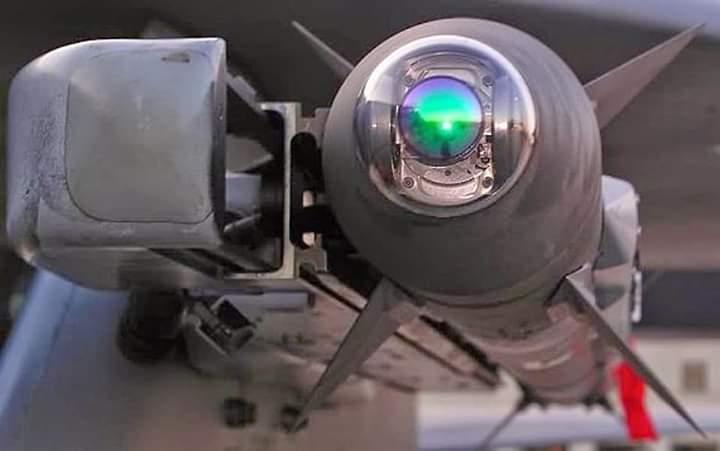 For EPS, the Company expects Q3 to generally be in line with Q2 with some puts and takes, and then a gradual recovery beginning in Q4, as demand begins to return and more of cost actions are realized.

The Company still expects pro forma FY20 free cash fl ow for the full year of roughly $2 billion. This includes an outflow of $1.2 billion to $1.4 billion for merger cost restructuring and cash taxes on dispositions. Also, the Company expects capex spending in the range of $1.5-$1.7 billion. Overall, the Company expects the rest of the year to be challenging for the commercial aerospace segments. However, it continues to expect growth from the defense businesses and positioning the Company for a healthy recovery in the long term.

i) $2.3 billion on the Army Navy/Transportable Radar Surveillance-Model 2 (AN/TPY-2) radar program for the Kingdom of Saudi Arabia at Raytheon Missiles & Defense (RMD)

ii)$1.4 billion on a number of classified programs at Raytheon Intelligence & Space (RIS)

iv) In addition, during the quarter RMD was selected by the U.S. Air Force to develop the Long-Range Standoff Weapon (LRSO).

Collins Aerospace – Collins Aerospace Systems has developed and introduced the only Cabin Air Recirculation high-efficiency particulate air (HEPA) filter installation kit for use on Dash 8 aircraft. The HEPA filter kit mounts inside an aluminum enclosure along with a prefilter and together trap at least 99.97% of the harmful airborne particles that have a diameter of 0.3 micron. These include bacteria, viruses, pollen, dust, mites and other microscopic airborne contaminants in aircraft environmental control systems.

Raytheon Intelligence & Space (RIS) – Raytheon Intelligence & Space will build two prototype sensor payloads for DARPA’s Blackjack program, under a new contract awarded by DARPA. Blackjack is a low Earth orbit satellite constellation program that aims to develop and demonstrate the critical elements for persistent global coverage against a range of advanced threats. It seeks to track multiple threats simultaneously for the faster and earlier warning for national security.

However, the Company recorded a goodwill impairment charge of $3.2 billion in 2Q20. In 2Q20, adjusted operating profit declined to $0.9 billion, down 46.5% YoY, as against $1.7 billion, while adjusted operating profit margin decreased by 840 bps to 6.2%. In 2Q20, the Company reported a net loss of $3.8 billion as against net income of $1.2 billion in the prioryear period.

In 2Q20, Pratt & Whitney adjusted sales declined to $3.6 billion, down 30% YoY, as compared to $5.2 billion in 2Q19, primarily due to the pandemic’s impact on OEMs and operators. Commercial OEM sales were down 42% YoY, and commercial aftermarket sales were down 51% YoY, partially offset by military sales, which were up 11% YoY.

In 2Q20, Collins Aerospace adjusted sales declined to $4.3 billion, down 35% YoY, as compared to $6.6 billion in 2Q19, primarily due to the adverse impacts of COVID-19 on the aerospace industry. Commercial OEM sales were down 53%, and commercial aftermarket was down 48%, partially offset by military sales, which up 10%.

Raytheon Intelligence & Space includes legacy Raytheon Company’s Intelligence, Information, and Services segment and Space and Airborne Systems segment. In 2Q20, the RIS segment reported sales of $3.3 billion. The segment reported an operating profit of $311 million, with a margin of 9.4% in 2Q20. 2Q20 results do not include the RIS pre-merger stub period from March 30, 2020, to April 2, 2020, which had an estimated $200 million of sales and $20 million of operating profit.

Raytheon Missiles & Defense includes legacy Raytheon Company’s Missile Systems segment and Integrated Defense Systems segment. In 2Q20, the RMD segment reported sales of $3.6 billion. The segment reported an operating profit of $397 million, with a margin of 11.1% in 2Q20. 2Q20 results do not include the RMD pre merger stub period from March 30, 2020, to April 2, 2020, which had an estimated $200 million of sales and $25 million of operating profit. 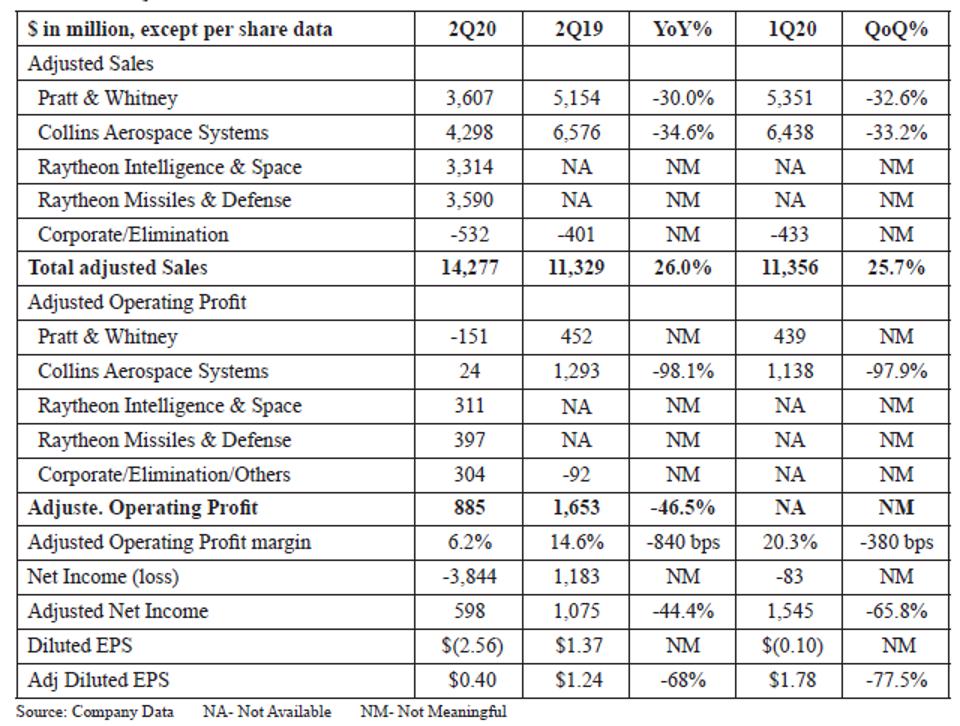