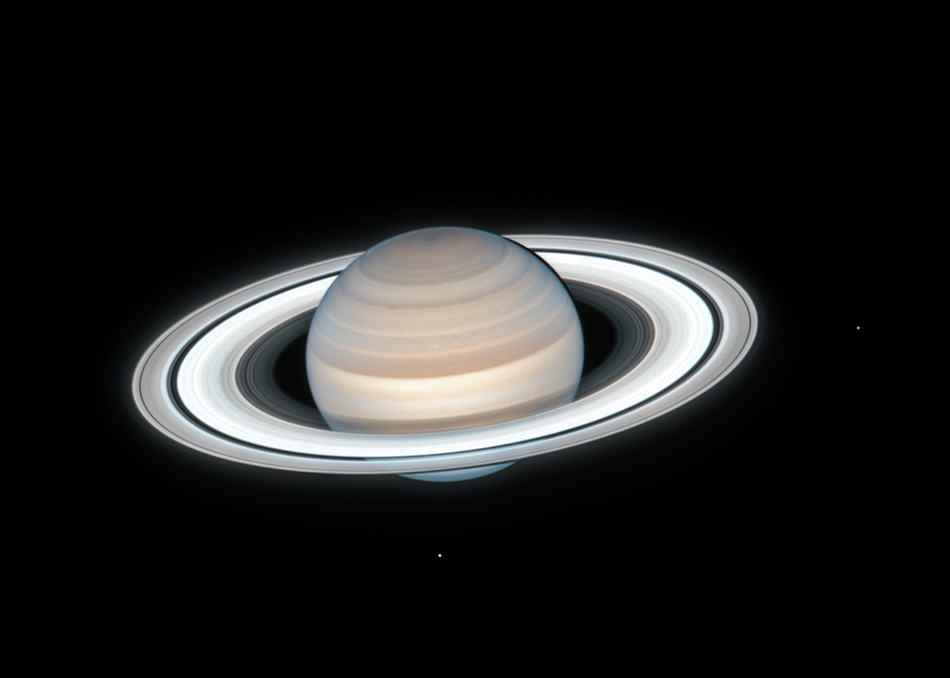 Yes, this is a real image of Saturn.

NASA’s Hubble Space Telescope captured a new, exceptionally crisp picture of the ringed gas giant in early July, and the space agency posted the image of the planet on Thursday.

Hubble orbits about 340 miles above Earth, and the telescope captured this detailed view of Saturn while the planet orbited 839 million miles from Earth.

“It’s amazing that even over a few years, we’re seeing seasonal changes on Saturn,” Amy Simon, a planetary scientist at NASA’s Goddard Space Flight Center, said in a statement.

Amid the stark black background of space, Hubble also captured two of Saturn’s 53 confirmed moons: the ice-spraying Enceladus below, and the Death Star-like Mimas on the right.