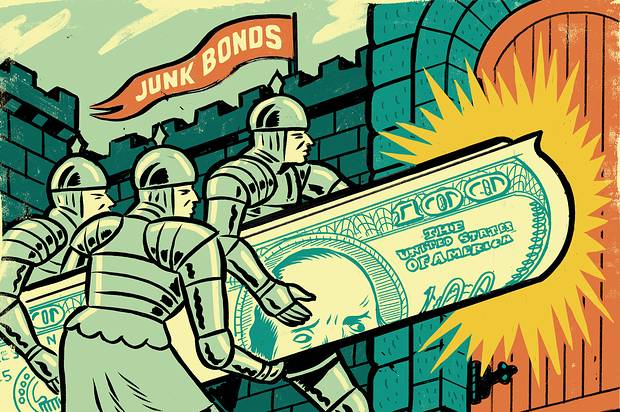 As free markets are actually dead, back on March 23, when the Fed unveiled it would start buying investment grade corporate bonds, many analysts said “now that the Fed is effectively all in, it will buy stocks and junk bonds next.”

Two weeks later, we were right and this morning the Fed announced it would, as expected, start buying junk bonds (we have to wait for the next “market” – we use the term loosely because it is no longer a market which is terminally disconnected from fundamentals but a giant, Fed-fueled Ponzi scheme – crash before the Fed goes literally all in and starts buying stocks and pretty much anything else).

But let’s back up. A few days ago, analysts pointed out that the day so many credit bears had been waiting for had arrived, when a record $150BN in investment grade bonds were downgraded to junk, becoming so-called fallen angels, and sparking concerns about what will happen to the $1.3 trillion junk bond market as hundreds of billions of formerly investment grade debt is downgraded to junk and violently reprices the entire high yield space.

Those concerns were answered this morning when as part of the Fed’s expanded $2.3 trillion loan/bailout program, the Fed announced the expansion of its Primary and Secondary Market Corporate Credit Facilities, which will now purchase – drumroll – junk bonds, that were rated triple B minus or above — the threshold for a company’s debt to be considered investment-grade — on March 22. Why March 22? Because Ford was downgraded on March 24, and as a result its bonds are surging.

The section in question: 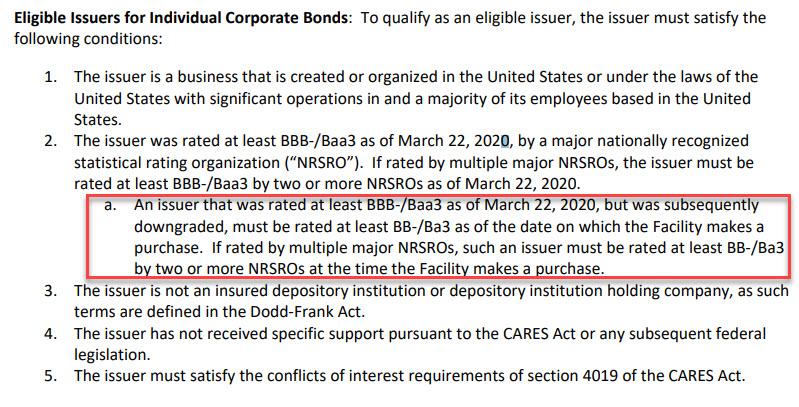 The same logic applies to Fed purchases in the Primary Market: going forward the Fed’s Primary Market Corporate Credit Facility, where a Fed SPV will purchase qualifying bonds as the sole investor in a bond issuance; and purchase portions of syndicated loans or bonds at issuance, it will also include junk bonds.

ut wait there’s more: in addition to buying the IG ETF LQD as we noted two weeks ago, going forward the Fed will also be buying junk ETFs such as JNK:

A separate facility will be used by the Fed to accept highly rated bonds backed by commercial real estate loans, as well as the safest slice of instruments backed by leveraged loans.

The Fed’s expansion of facilities to encompass riskier debt — including debt issued by companies owned by private equity firms — will be controversial. One investment industry insider told the FT that it was tantamount to an indirect bailout of the private equity industry.

Separately, the Fed announced on Thursday that it would purchase up to $500bn of short-term notes from states and some counties and cities in an attempt to shore up their funding, but stopped short of supporting longer-dated municipal bonds.

“To buy high-yield bonds and not [longer-dated] munis is not fair,” said Vikram Rai, head of municipal strategy at Citigroup, who probably is long longer-dated munis. The Fed’s expanded effort to aid the muni market was “a huge disappointment”, he said, adding that the central bank needed to consider buying muni bonds with longer maturities.

In short, the only asset that the Fed is now not directly buying is stocks, and here too it’s just a matter of time before the Fed unveils it will start buying the SPY.