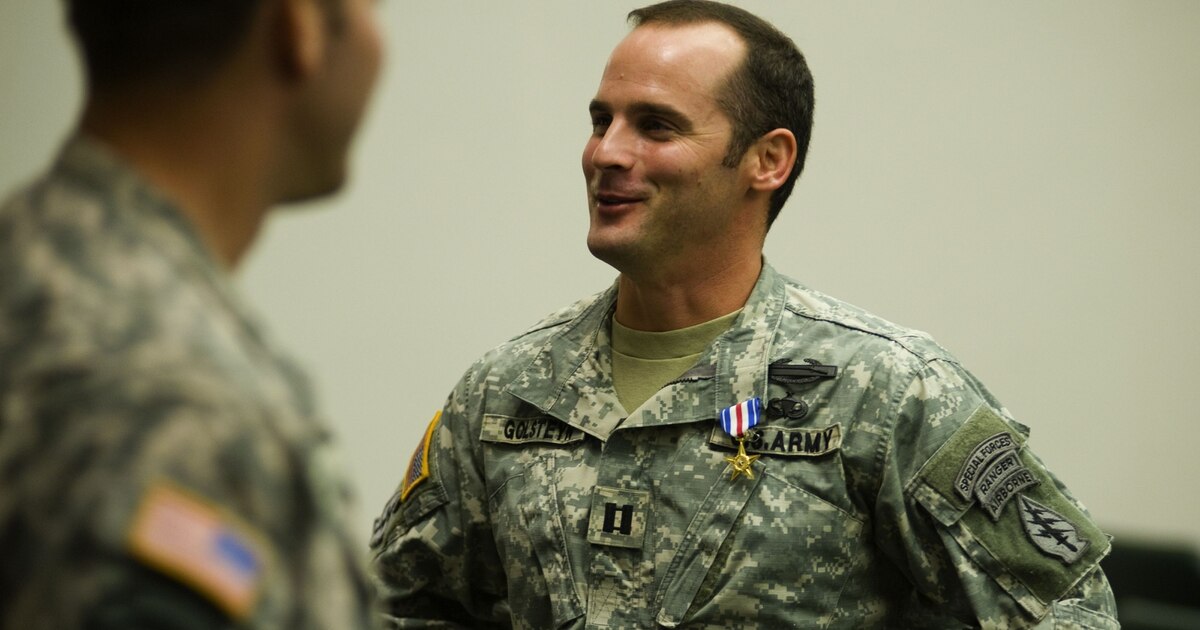 Trump, as a number of other draft dodgers, loves the military. But he doesn’t seem to respect its justice system.

American Officers are Taught they are Above the Laws of Man and God.

In fulfillment of a controversial pledge he made earlier this year, President Trump has intervened in three war crime cases on Friday, granting full pardons to a pair of Army officers and restoring the rank of a Navy SEAL.

The unusual move puts Trump at odds with the judgment of the US military, an institution that he tends to revere in his rhetoric and prioritize in budget proposals.

One of the pardoned Army officers is First Lt. Clint Lorance, who has served six years of a 19 year sentence rendered after he was convicted of second-degree murder and obstruction of justice after ordering soldiers to shoot at unarmed men in Afghanistan — a command which resulted in the death of two of the Afghani men.

The other pardoned Army officer is Maj. Matthew Golsteyn, who had been awaiting trial after being accused of an extrajudicial killing of a suspected bombmaker in Afghanistan; in December 2018, he was charged with premeditated murder.

Finally, Trump reversed the demotion of Navy SEAL Edward Gallagher, who was convicted of posing with the corpse of an enemy combatant in Iraq. In July Gallagher was acquitted of murder and other charges.

The three military pardons aren’t the president’s first. Earlier this year, Trump pardoned Michael Behenna, a former first lieutenant in the Army who was in prison for killing an Iraqi during an interrogation, marking the first pardon for a convicted murderer in modern US history.

Presidents rarely intervene in the military justice system, but it does happen on occasion. Before Trump, President Barack Obama commuted the bulk of Chelsea Manning’s prison sentence, after she was convicted for leaking hundreds of thousands of documents published by WikiLeaks exposing the key details of the US war on terror.

“Some of these soldiers are people that have fought hard and long,” Trump said in May. “We teach them how to be great fighters, and then when they fight sometimes they get really treated very unfairly.”

There are signs Trump views siding with servicepeople regardless of what they’ve been accused of is a politically savvy move that will be appreciated by his base. For example, when Gallagher was acquitted of murder this summer, Trump was quick to take credit, tweeting “Glad I could help!” in an apparent reference to his order for Gallagher be released from pre-trial confinement. Trump’s role in the process was praised by Fox News, which Gallagher said had been “with us since day one.”

The Washington Post has reported that some senior Pentagon officials tried to convince Trump to change his mind on the pardons because they feared it would undercut the power and reputation of the military justice system. And they are not alone in their concern — many military experts and former officials in the military seem to agree that offering these three members of the military a pardon could cause lasting institutional damage.

Trump likes the military. But he doesn’t seem to trust it.

National security analysts say that when Trump decries the fairness of the military justice system and interferes in or reverses its decision-making processes, he does damage to the institution as a whole.

“Executive clemency like this introduces doubt into the chain of command, and creates uncertainty about accountability for breaches of military rules,” Phillip Carter, a former Army officer and official in the Obama administration, told the Washington Post.

Nora Bensahel, a visiting professor at the Johns Hopkins School of Advanced International Studies who focuses on US defense policy, told Vox earlier this year that Trump’s intervention in cases where a trial (as is the case with Golsteyn, whose trial was scheduled for next year) haven’t even begun is particularly concerning.

“The president has the right to pardon whoever he wants, but it is not always wise to do so,” Bensahel said. “I find it very concerning that these pardons may be given before trials are conducted to determine guilt or innocence, before the military justice system goes through its process.”

Military experts also point out that it sends a message to troops and US partners that misconduct is acceptable.

“Absent evidence of innocence or injustice the wholesale pardon of US service members accused of war crimes signals our troops and allies that we don’t take the Law of Armed Conflict seriously,” retired Gen. Martin Dempsey, who served as President Barack Obama’s senior military adviser, tweeted in May around the time that Trump raised the issue of forthcoming pardons. “Bad message. Bad precedent. Abdication of moral responsibility. Risk to us.”

But the White House obviously disagrees. In its statement on the pardons, the executive branch said, “For more than two hundred years, presidents have used their authority to offer second chances to deserving individuals, including those in uniform who have served our country.”