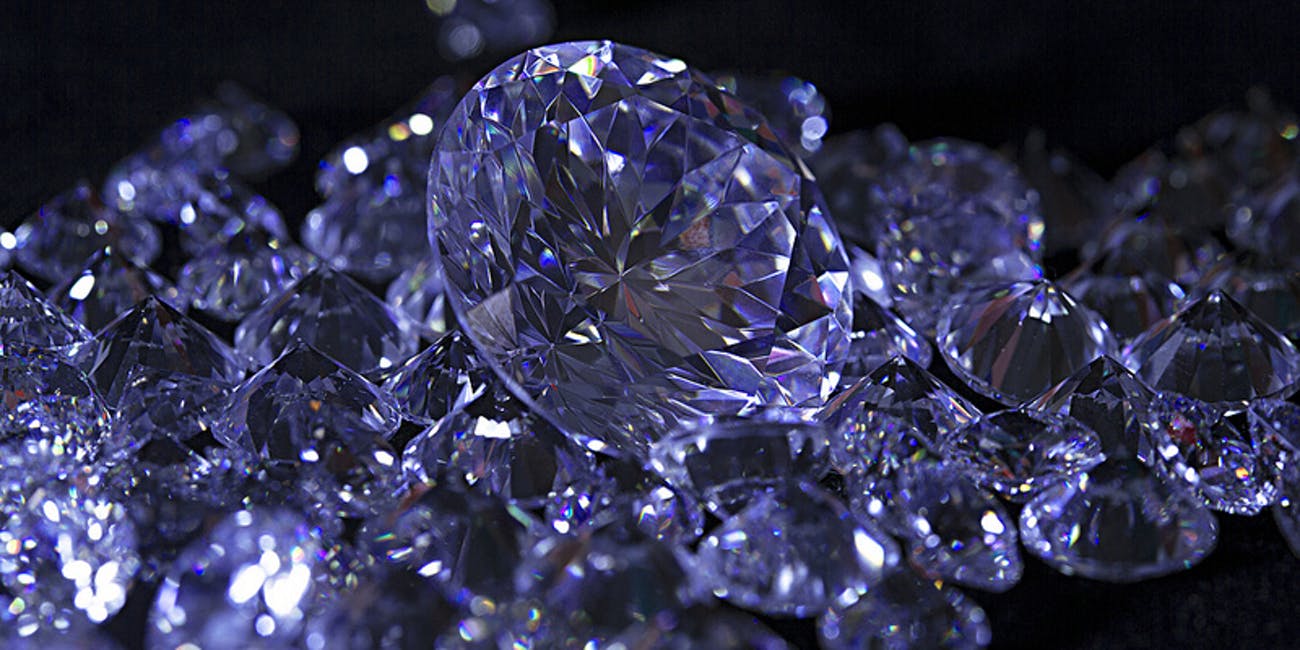 De Beers Jewelers, the world’s largest diamond miner, has slashed rough diamond prices by 5% as global markets remained oversupplied into the start of the holiday season.

The entire industry is on the brink of a downturn amid weaker consumer demand and the proliferation of lab-grown stones.

“The current malaise in the market is due to oversupply,” said Paul Zimnisky, a gem analyst in New York, who added diamond buyers had too much inventory.

Declining demand from the US and China, the world’s largest diamond-consuming countries, has fuelled uncertainties the industry could plunge through 1H20.

With macroeconomic headwinds soaring as a global trade recession appears to be imminent, this has undoubtedly weighed on consumer demand.

It seems that wholesale diamond buyers have finally gotten their wish with De Beers, who have asked the miner to lower spot prices of rough diamonds in the last several months –thanks to waning demand and oversupplied conditions.

While diamonds may be forever, diamond demand from consumers isn’t – and that demand tends to collapse ahead of (and during) recessions.

As we previously detailed, De Beers’ diamond buyers are furious with the company for not lowering rough diamond prices as markets across the world remained oversupplied. As a result, diamond buyers have pulled back, rejected stones from the most recent De Beers diamond sale, which contributed to a 39% drop in sales for the company this month [Sept.] on a YoY basis, reported Bloomberg.

The global diamond market is in a crisis, currently reeling from oversupplied conditions as demand from consumers evaporate.

De Beers’ Sept. sales totaled $295 million of diamonds, a 39% YoY drop. The latest collapse in sales from the world’s largest diamond miner is a continuing story from summer.

Last month De Beers sold just $280 million of diamonds in Aug., compared with $503 million in the same period a year ago, which represents a 44% decline.

“The current malaise in the market is due to oversupply,” said Paul Zimnisky, an analyst in New York, who said diamond buyers had too much inventory.

Most of the lackluster demand for the rock is coming from the world’s two largest diamond-consuming countries, the US and China, which has fuelled uncertainties for the overall industry.

Macroeconomic headwinds in the global economy have forced consumers in Asia, Europe, and the US to pull back on diamond consumption in the last several years. The proliferation of lab-grown stones has also hurt De Beers’ sales.

De Beers sells diamonds in ten sales per year in Botswana’s capital, Gaborone, and the buyers normally cannot challenge price and quantity. Buyers have become increasingly frustrated with the cost of rough diamonds sold by the company as prices of cut ones have plummeted.

To address oversupplied conditions, De Beers has allowed buyers of rough stones to refuse half during the sales and has agreed to buy back some of the diamonds to ease conditions, according to Bloomberg sources.

“As we approach what is traditionally a quieter time of year for the diamond industry during the Diwali holiday, we have again offered our customers flexibility during this sales cycle,” De Beers Chief Executive Officer Bruce Cleaver said Thursday.

Glancing at a composite of spot diamond prices, the IDEX Diamond Index shows how oversupplied conditions have weighed down prices in the last 12 months. 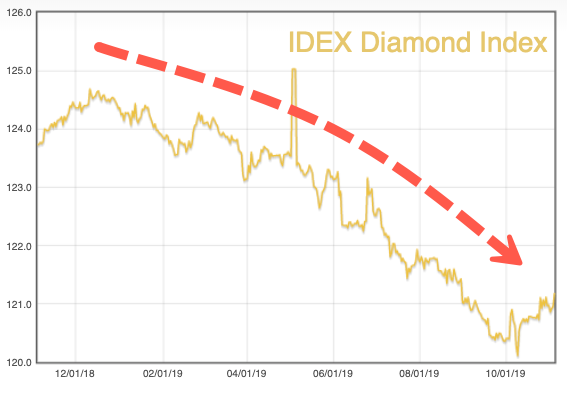