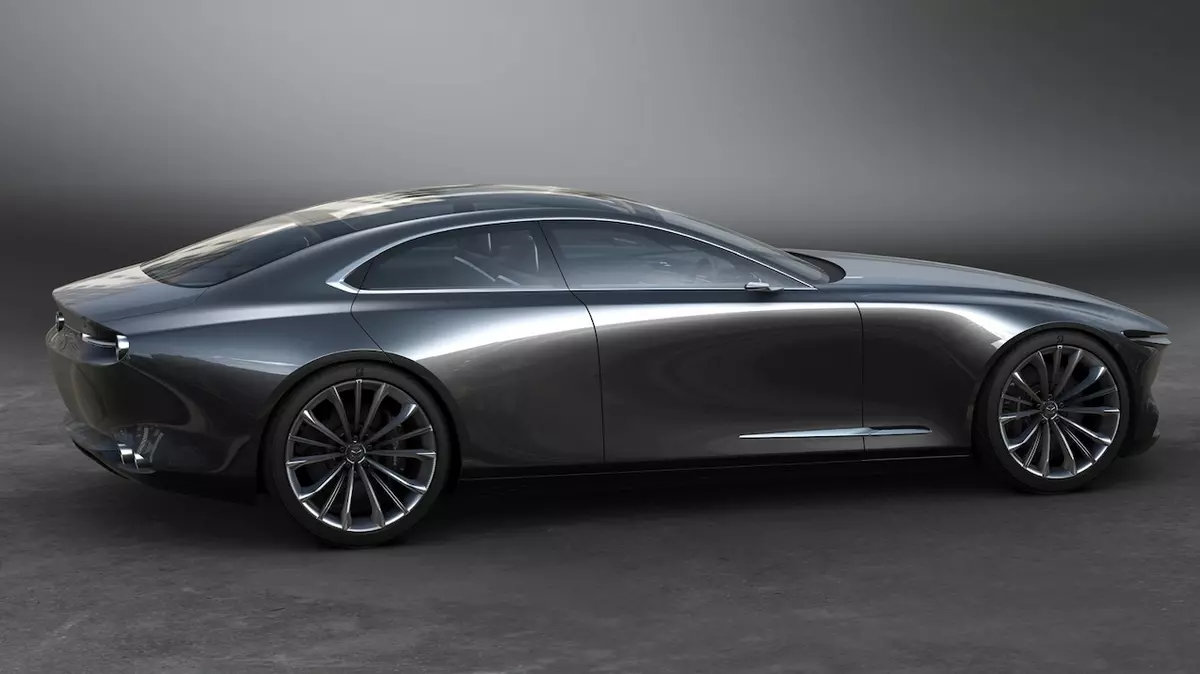 August was a strong month in a not-so stellar year for overall car sales, and it saw the continued growth of everyone’s favorite trend: crossover and truck numbers dominating sedans and coupes.

The combined numbers of Toyota and Lexus is always impressive: 248,334 vehicles sold in August, 12.3 percent up YOY. Every single Toyota SUV nameplate piled up gains, including the segment-leading RAV4 (48,481), the venerable 4Runner (13,258), the ancient Sequoia (1,122), and the suddenly endangered Land Cruiser (283). Nearly every car model rose too, including the just-launched Supra (643) despite all the dealer markup nonsense.

Toyota’s recent investments in new versions of the Camry, Corolla, and Avalon look to be staving off the sedan-apocalypse for the moment. But the signs are still there—in particular, the fact that the truck/SUV share of Toyota’s sales volume continues to tick up, from 62 percent in July to 65 percent in August.

Lexus also gained on last year’s August, though not by quite as impressive a margin: 4.6 percent, landing at 29,931. That’s still good enough to beat all the Germans. More than a third of that total comes from the Lexus RX crossover, with the ES sedan the only other significant volume seller at a hair over 5,600.

Honda North America sold 173,993 vehicles in August for its best month in history, with Honda (158,804) and Acura (15,189) both up year-over-year and month-over-month. It should be no surprise that the top selling car was the Honda Civic with 34,808 driven off the lot, while 44,235 Honda CR-Vs found new owners. Both models enjoyed double digit growth compared to this time last year even as crossovers remain Honda’s hottest segment.

Acura’s numbers are more interesting. The scale is a lot smaller, but Acura’s SUV sales are actually down from last year, while its rising car sales are what lifted its overall numbers. It was a great month for the compact ILX and midsize TLX sedans—both up double digits YOY—–and even the American-made NSX supercar jumped 66 percent from last August.

Nissan Group sold 127,230 units in America, a 13.2 percent increase over August 2018. Most of that gain came from Nissan side, which moved 118,045 cars for a double-digit year-over-year boost. Meanwhile, Infiniti was down 14.9 percent to 9,185 units. We won’t sugarcoat it—that’s not a great sign for a marque with a mostly-aging lineup. The luxury automaker is scheduled to withdraw from the European market next year due to poor sales, and rumor has it that it’ll be leaving Australia at the same time.

Nissan’s biggest seller is the Nissan Rogue, at 41,629. That’s good, but it’s now in a fairly distant third place behind the Toyota RAV4 and Honda CR-V in the all-important small crossover category, and it also includes the numbers from the similar-but-not-the-same Nissan Rogue Sport. Elsewhere on the truck side, the midsize Nissan Frontier pickup continues to defy expectations with 5,888 sold and a nearly 30 percent jump over last August. Nissan sold nearly twice as many trucks and SUVs as cars.

Everything’s coming up Subaru; the Japanese marque had its best month ever in America in August at 70,039 sold. It was also the 93rd consecutive month of slow, steady growth for Subaru of America. But that success belies a few facts—lately, much of the glory goes to the three-row Ascent, the good ol’ Forester, and the booming Crosstrek, which combined account for well over half of Subaru’s sales. Meanwhile, every Subie sedan is way off, including the WRX (down 25 percent YOY at 1,876). The Outback is still a volume seller at 17,110.

Hyundai also saw a strong month with a 12 percent increase over last year to reach 63,737 total sales in August—only a tenth of which went to the nation’s vast rental fleets, according to the company. Even though SUVs accounted for more than half of that volume, Hyundai’s best-selling vehicle in America remains the Elantra sedan. But the Hyundai Tucson is behind by less than a few hundred units and looks poised to snatch the crown soon enough. Buyers are also taking to the new three-row Hyundai Palisade with just over 5,000 sold.

Kia Motors America had one of its best months ever in August, moving 60,730 vehicles to climb 4.6 percent ahead for the year compared to this point in 2018. That’s in large part thanks to the handsome Kia Telluride being snatched up by 6,374 buyers last month. The three-row SUV is an unambiguous hit, already padding Kia’s YTD total with 34,160 extra units they didn’t sell last year. The lineup in totality is slightly more up-and-down—cars like the Rio, Forte, Optima, and Stinger are either flat or slipping a bit for 2019, but not dramatically enough to warrant any real concern. What should be slightly more concerning for Kia is that its midsize Sorento crossover continues to lose market share as it slides to 9,160 sales in August. The should-be-a-sure-thing small CUV Niro is also struggling as manufacturers seem to have found the limit of right-sizing crossovers.

Volkswagen seems to be shaking off the particulate matter from Dieselgate, rising to 35,412 units sold for a nearly 10 percent gain over last August. The German automaker is also a healthy 6.6 percent up YTD versus this point in 2018. Though there are some notable notables contributing to that growth—the redesigned 2019 Jetta among them, whose numbers have grown 32 percent this year—it’s really the Tiguan and Atlas crossovers that are behind VW’s surge, the former of which remains the company’s best-selling vehicle. Look no further than the Passat for confirmation of the larger trend. Its numbers are in a total free-fall; mass market products can’t survive on 572 sales a month.

The Bavarians are doing all right. Year-to-date BMW sales are up a few percent, landing at 25,505 in August to maintain that coveted title of America’s best selling German luxury brand. Seriously—Audi, Mercedes, and BMW all care very deeply about beating the other two here. To that end, BMW has some more specific victories to celebrate. Its 3- and 4-Series sedan and coupe handily beat the Mercedes C-Class range at 5,056 vs 3,315. Its new X7 SUV whupped the competing Mercedes GLS-Class 1,741 to 1,142, though a next-generation biggest Benz will hit dealer lots very soon. And the new 7 Series sedan is right on the tail of the venerable S-Class, trailing by less than 200 units. By the way, the new Z4 roadster is doing much worse than its Supra counterpart. At 285, it failed to outsell a single Mini nameplate.

Speaking of Mini, it appears the diminutive brand is course-correcting a bit after a disastrous first half of the year. Sales are still down over 20 percent YTD, but Mini bested August 2018 with 3,838 cars.

ast month Mazda sold 27,482 vehicles, and while that’s an increase of 6.5 percent year over year, it still carries some warning signs for both the brand and enthusiasts. The chart in the release is a neat encapsulation of the market today: Mazda’s three crossovers (CX-3, CX-5, and CX-9) are up, and its three cars (Mazda3, Mazda6, Miata) are down. Very down. The Mazda6 and Miata in particular are off 30 percent compared to August 2018. So crossovers are saving our beloved Miata? Not quite—overall Mazda’s still struggling this year, with the entire lineup down 11.5 percent YTD vs. 2018.

Like Audi, Mercedes had a great August in an overall “meh” year with 24,771 Benzes sold for a nice healthy bump over both August 2018 and this July. Almost half of that total came from the refreshed GLC (6,336) and new-generation GLE (5,370)—add in the C- and E-Class sedan variants (both of which are down for the year) and you’re looking at nearly 75 percent of MB’s sales. The rest of the pie is split among Mercedes’ cheapest and most-expensive offerings. The most noteworthy thing there is that the new A-Class sedan appears to be murdering the oft-maligned CLA-Class, sales of which have plunged over 90 percent to a mere 118 compared to last August.

There’s better news at Mercedes-AMG. The performance subbrand swayed 2,218 new owners in August, bringing total YTD sales to nearly 23,000 for a gain of 18.6 percent over 2018.

Audi is in a slightly more precarious spot than VW. The luxury marque was up slightly from last August at 21,531, but as a whole it’s been a down year complicated by larger structural problems within the mammoth corporation and the monthslong delay in bringing the next-generation Audi Q3 crossover to America. On the cars side, A6, A7, and A8 sedan/liftback sales have rebounded from the depths of hell ahead of the generational changeovers last fall, but combined they still fail to crack 2,000. The R8 continues its slow exit stage left with just 35 sold. The electric future is also off to a languid start with early adopters grabbing 593 Audi E-Trons; it’s declined for four straight months since launching in May.

Volvo’s been on a dark rye roll in 2019, reeling off eight straight months of sales growth to end up at 9,194 cars in August and 68,109 for the year, both nice little bumps over 2018. The new S60 sedan has been a solid success at 10,715 YTD. No surprise, the XC40, XC60, and XC90 SUVs are carrying the Swedish brand in their spacious cargo holds with almost 80 percent of the volume. Also no surprise: Despite offering some of the best station wagons on the market in the V60 and V90, Volvo still can’t get Americans to bite. It only sold only 253 V60s and 88 V90s in August between the regular and slightly-lifted Cross Country variants.

Everyone’s busy crowing about the electric Porsche Taycan, but the company’s fuel-burners have had a pretty good 2019 thus far. August’s total of 4,636 brings the year-to-date tally to 39,849, a 6.2 percent jump over 2018. The new Cayenne’s behind a lot of that. As long as the company’s bottom line is in the black, don’t waste time fretting over the numbers for the 911, 718, and Panamera. But it should be mentioned: all three cars are down by double-digit percentages YTD, though at least the 911 can be explained by buyers waiting for the new-generation 992 model that’s yet to hit dealer lots.