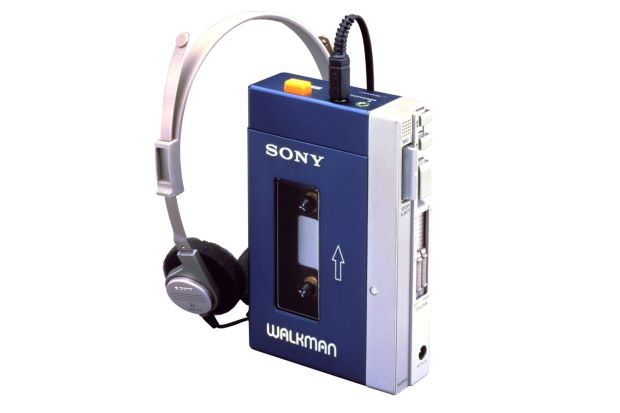 The First Sony Walkman Was Released 40 Years Ago Today.

On July 1 of 1979, Sony first began to sell the TPS-L2, first known as the Soundabout and soon rebranded as the Walkman. This original Walkman wasn’t the first portable tape player, but it was the first that didn’t have a record function. Portable cassette recorders had mostly been used by reporters; this one, with its newly designed lightweight headphones, was specifically intended for music. It changed the world.

That first edition of the Walkman weighed about a pound, and it cost about $200, according to The New York Times. It featured two headphone jacks and a button where the the two people listening on headphones could talk to each other, or sing along with each other, on a microphone. This was basically the last time anyone worried about whether listening to music on headphones, while out in the world, would be a social experience. We now have 40 years of experience that prove otherwise.

It’s weird to think that, in the years before the Walkman, there was no way to listen to music privately while out in public. There were ways to bring music with you — on transistor radios, on boom boxes, on car stereos — but they forced you to subject everyone around you to that music, as well. The Walkman freed us up. It allowed us to make music more a part of our lives, to build our own private soundworlds. It was a transformative invention, one of the few that utterly upended the way we listen to music. Soon enough, more and more portable cassette players would hit the market, and the price fortunately dropped. But no matter which company made them, we still used the word “Walkman” to describe them.

Like so many futuristic technologies of years past, the Walkman is now a relic and a bit of a punchline. Children think it’s ridiculous. But it left a stamp on our culture. That first version of the Walkman is the one that Star-Lord uses in the Guardians Of The Galaxy movies, and it’s selling for a whole lot of money online. If you can find it for $200, that’s a deal.

In its heyday, the Walkman was as synonymous with portable music players as Kleenex became to tissue and Xerox was to copy machines.
The Walkman continued to sell well even through the CD era. Innovations like the 1981 Walkman II — barely bigger than a cassette tape — and the 1984 Discman helped Sony stay on top of the portable music world.
But sales began to plummet soon after Apple unveiled the iPod in 2001 and digital downloads began to dominate.