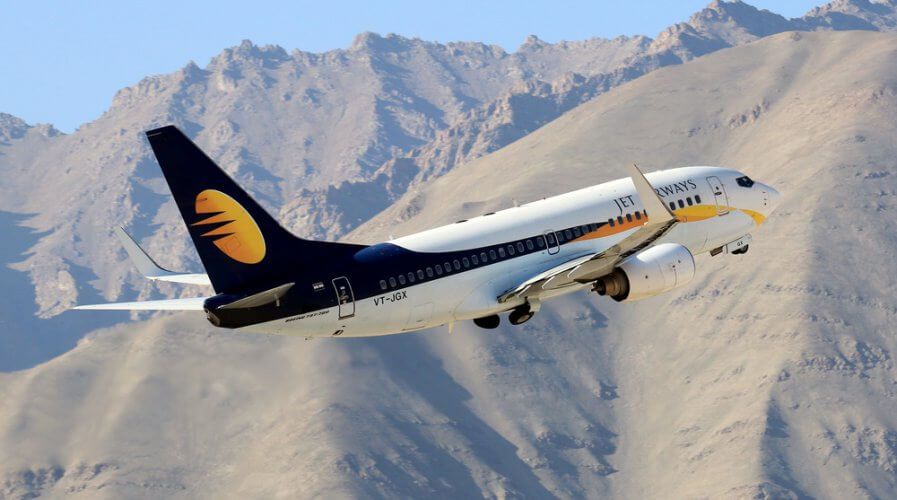 After failed negotiations earlier with multiple suitors, the SBI-led consortium decided to take Jet Airways to the bankruptcy court on June 17 and on June 20, the National Company Law Tribunal (NCLT) admitted the insolvency petition.

A consortium of diversified conglomerate Hinduja Group & Etihad Airways is all set to join the race for Jet Airways and bid for the debt-ridden grounded carrier under the Insolvency and Bankruptcy Code (IBC).

The Tata Group is currently exploring the possibility of a potential bid but hasn’t taken a final call yet. Qatar Airways is also in exploratory mode and may join the fray if it finds a suitable domestic partner, these sources added.

Moneycontrol had reported earlier on June 28 that the employee consortium had joined hands with London-based AdiAgro Aviation to bid for 75 percent in the airline through the IBC process. AdiGro Aviation Founder Sanjay Viswanathan said the consortium will bid for 75 percent stake, of which the London-based firm will take 49 percent, and the rest will be with the employees’ consortium. There is a 49 percent cap on FDI in the aviation sector.

“The Hinduja Group & Etihad Airways are extremely keen to participate in the IBC process and have reached out to the interim resolution professional in this regard,” said one of the sources cited above. Etihad holds a 24 percent stake in Jet Airways and based on exchange filings is not classified as part of the promoter group of the airline and falls in the public shareholder category.

“The Tata group is evaluating its options currently and is working internally on a fresh business plan for the IBC process but nothing has been firmed up as yet and this may not necessarily fructify into an eventual bid. Plus, these are early days and the details of the EoI( expressions of interest) are not known.  But if Vistara, the joint venture airline of the Tata group and Singapore Airlines opts for the inorganic route as compared to the organic route, there will be a big difference in its growth prospects.”

“Qatar Airways, the Middle East carrier is keen on the international slots of Jet Airways and may participate if it finalizes a domestic partner and once the EoIs or expressions of interest are invited by the resolution professional,” according to the fourth source.

Ashish Chhawchharia of Grant Thornton was picked by the SBI-led consortium as the resolution professional.

So what does a prospective bidder for Jet Airways get today?

“The slots of Jet Airways have been distributed temporarily on a rollover basis of 3 months to its peers and the DGCA (Directorate General of Civil Aviation) can exercise its right to get the slots back. Jet Airways has physical possession of five aircraft’s left along with its DGCA registered licence, plus the brand may have eroded but still echoes strongly with flyers,” another source added.

According to a report by Elara Capital released earlier this week, SpiceJet won 43 percent of Jet Airways slots in the March-June period at Mumbai and Delhi airports, followed by IndiGo (32 percent), GoAir (13 percent), Vistara (7 percent) and AirAsia India (4 percent).

Bidders keen on stressed assets under the IBC have several advantages as compared to an M&A situation outside the code. ” An IBC process offers several advantages to a bidder. First, you do not need to individually negotiate with each stakeholder. An approved resolution plan is binding on all stakeholders. Second, you can whitewash all unknown past liabilities through the plan. Third, you can restructure the existing equity faster. And finally, de-listing a company under IBC is a much easier process,” says Sudip Mahapatra, Partner at law firm S&R Associates.

After failed negotiations earlier with multiple suitors, the SBI-led consortium decided to take Jet Airways to the bankruptcy court on June 17 and on June 20, the National Company Law Tribunal (NCLT) admitted the insolvency petition. The tribunal also directed the interim resolution professional to submit fortnightly status reports on the account and try and complete the resolution process in three months citing “national importance”.

Jet Airways has liabilities of around Rs 25,000 crores including debt and salary arrears.

An Etihad spokesperson said, ” Etihad Airways has worked consistently to find a solution which would enable Jet Airways to be reactivated as a viable entity. We will continue to constructively evaluate participation in potential solutions. ”

A Tata Group spokesperson said, “we do not comment on market speculations.”