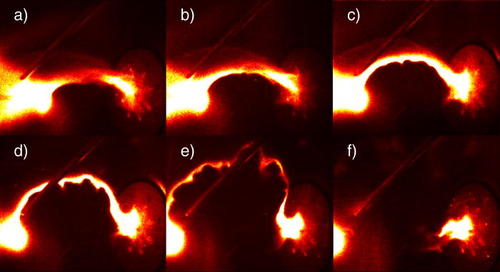 Acceleration of a fraction of initially low-energy electrons in a cold, collisional plasma to energies orders of magnitude larger than thermal is shown to be possible with a sub-Dreicer electric field. Because such an electric field does not satisfy the runaway condition, any acceleration will be statistical. Random scattering collisions are probabilistic such that there is 63% chance that a particle collides after traveling one mean free path and a 37% chance of not colliding. If one considers only the electrons that do not collide on traversing a mean free path and also considers that the collisional mean free path scales quadratically with particle kinetic energy, one realizes that there will be a small fraction of electrons that never collide and are accelerated to increasingly high energy. Because the mean free path scales quadratically with kinetic energy, after each successfully traveled mean free path, continued acceleration becomes more likely. This model is applied to an MHD-driven plasma jet experiment at Caltech and it is shown that electrons are accelerated by an electric field associated with a fast magnetic reconnection event occurring as the jet breaks apart. This statistical acceleration model indicates that a fraction ∼1.3 × 10−7 of electrons with initial energy distributed according to a Maxwellian with T = 2 eV will be accelerated to 6 keV in the Caltech experiment and then collide to produce the observed X-ray signal. It is shown that the statistical acceleration model provides a credible explanation for the production of solar energetic electrons. 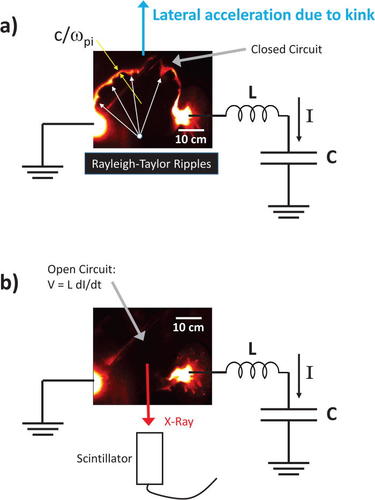 A statistical acceleration model has been presented to explain observations of the surprising X-ray bursts observed in the Caltech jet experiment. The model shows how a small fraction of electrons in a very dense and collisional plasma can be accelerated by a sub-Dreicer electric field to high energy and then undergo a large-angle collision to emit high energy X-rays. The statistical acceleration model differs from previous interpretations where it was proposed that acceleration could be produced by an arbitrarily weak electric field acting on sufficiently fast electrons. This model shows that in a finite-sized system, energetic particles result from a multi-step acceleration process starting with electrons that have initial energies that are small multiples of the thermal energy. The acceleration model only depends on the validity of the Fokker-Planck equation and on having a current-interrupting magnetic reconnection event, so it should apply to a wide range of solar and astrophysical plasmas.
The scaling of the experiment and the model to solar situations shows that there is direct scaling of the MHD aspects but not of the non-MHD statistical acceleration model. This lack of direct scaling of the non-MHD model motivates the hypothesis that solar flux ropes are made up of a large number of braided strands like the Litz wire. Such braiding is consistent with previous models and with observations. Each strand would initially have a radius somewhat larger than an ion skin depth so that there is minimal shielding of magnetic field by the stranded system. This topology would allow the transient magnetic field of a kink to accelerate each strand rather than just the surface of a monolithic flux rope having no substructure. Each strand could then develop a Rayleigh-Taylor instability that would choke the current flow along the strand and so cause a large but sub-Dreicer inductive voltage drop that would then accelerate particles in accordance with the statistical acceleration model.

This material is based upon the work supported by the NSF/DOE Partnership in Plasma Science and Engineering via the U.S. Department of Energy Office of Science, Office of Fusion Energy Sciences Award No. DE-FG02-04ER54755 and by the Air Force Office of Scientific Research via Award No. FA9550-11-1-0184.
Their full document is published on Scitation