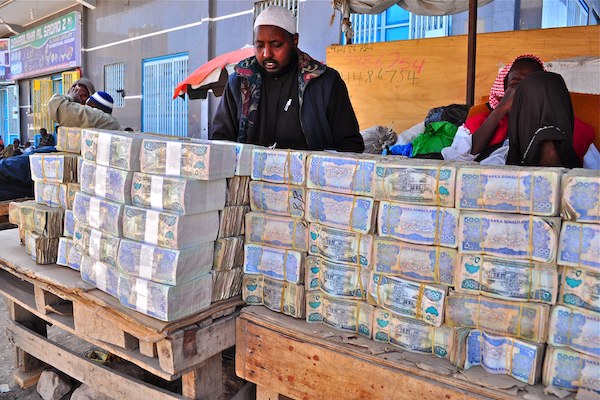 Zimbabwe, once called “Jewel of Africa”, is experiencing another monetary experiment. There is one consequence: Zimbabwe and Zimbabwe money/payment agents are running out of dollar cash and dollar reserves.

According to William Manimanzi, the Deputy director of  financial markets at the RBZ the problem could be a result of the fact that Zimbabwe is not officially a dollar economy:

“I think you are all aware that we are not officially dollarised. When I say officially dollarised, I mean we don’t have an agreement with the United States that we were going to adopt their currency officially; we just unofficially dollarised. What that means is it’s very difficult to bring cash (USD) in this economy. Where do we get our cash (USD) from? Ordinarily, we import from South Africa and most of the banks due to what is called risking issues, have now given us notice that they can no longer provide our own local banks with cash. So we are in a Catch 22 situation. The only bank remaining was FNB and they gave notice in December that they will no longer supply our own local banks with cash.”

Is there any solution?

Next stop of some crypto projects: Zimbabwe

Picture: Zimbabwe once had a lot of cash