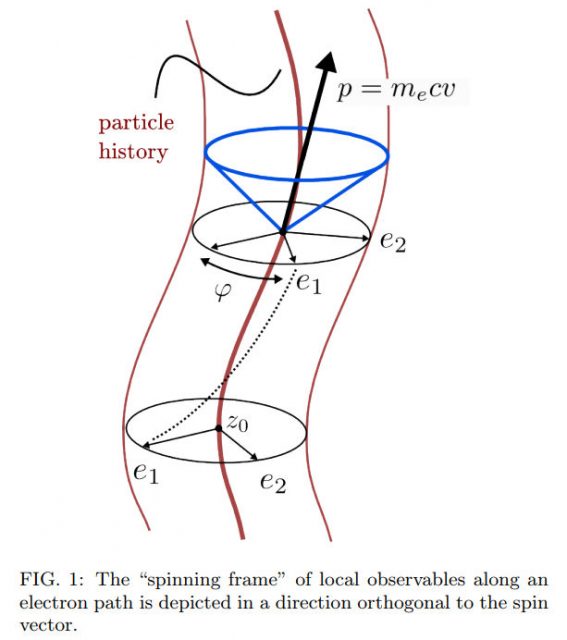 The Dirac equation is reinterpreted as a constitutive equation for singularities in the electromagnetic vacuum, with the electron as a point singularity on a lightlike toroidal vortex. The diameter of the vortex is a Compton wavelength and its thickness is given by the electron’s anomalous magnetic moment. The photon is modeled as an electron-positron pair trapped in a vortex with energy proportional to the photon frequency. The possibility that all elementary particles are composed of similar vortices is discussed.

The spectacular success of quantum electrodynamics (QED) gives physicists great confidence in Maxwell’s equation on the one hand and Dirac’s equation on the other, yet something is missing in relations between them. With his usual penetrating insight, Einstein focused on the crux of the problem [1, 2]: “It is a delusion to think of electrons and the fields as two physically different, independent entities. Since neither can exist without the other, there is only one reality to be described, which happens to have two different aspects; and the theory ought to recognize this from the start instead of doing things twice.”

This paper proposes a synthesis of Maxwell and Dirac theories based on a new model for singularities in the electromagnetic vacuum. The model is suggested by a remarkable relation between electron mass and vacuum polarization proposed by Seymour Blinder. The only requirement is consistency with Maxwell’s equation. No changes in the form of Dirac or Maxwell equations are necessary, but the two are fused at the source. The solutions seamlessly integrates electron field and particle properties along lines proposed by de Broglie. They answer Einstein’s call for a unified electron theory with a unified Maxwell-Dirac theory.

Singular toroidal solutions of the Dirac equation constitute a new class of wave functions, fairly called ontic states (or “states of reality” as Einstein might have put it), because they have a definite physical interpretation in terms of local observables of the electron and associated deformation of the vacuum. No probabilities are involved. Electron states are thus characterized by a literal field-particle duality: field and particle coexist as a real physical entity. This appears to finesse the notorious selfenergy problem. It implies there is no such thing as the electron’s own field acting on itself, because particle and field are two different aspects of one and the same thing.

Section II reviews the formulation of classical electromagnetic theory in terms of Spacetime Algebra (STA) to provide a context for two important new developments. The first is Blinder’s concept of a classical vacuum singularity. The second is Antonio Ra˜nada’s discovery of toroidal solutions to Maxwell’s equation. The two provide complementary inputs to a new theory of the electron and the electromagnetic vacuum.

Section III begins with a review and extension of the zitter particle model for the electron clock in [3] and updated in the preceding paper [4]. Then the model is grounded with fundamental constants. That leads to Oliver Consa’s calculation [5] for the electron anomalous magnetic moment and for its physical explanation. 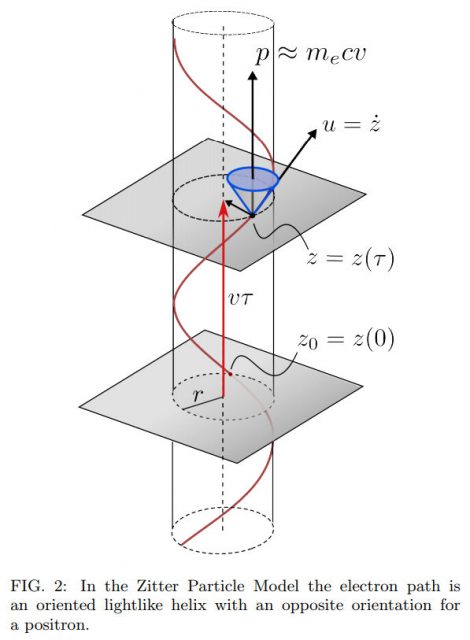 The stage is set in Section IV for the main subject of this paper, namely, reconstruction of the Dirac equation as a constitutive equation for the vacuum with the electron as a point singularity. The singularity generates the electron’s Coulomb field with toroidal zitterbewegung and magnetic field with the spin vector as its axis. I call this Maxwell-Dirac theory. It is complementary to the conventional Born-Dirac theory discussed in [4] in the sense that motion is described by the same Dirac equation in both. In Born-Dirac the electron charge is inert and responds only to action of external fields. In Maxwell-Dirac the charge is active and generates an electromagnetic field. In this sense, Maxwell-Dirac may be regarded as an alternative to second quantization, though we do not directly consider its relation to standard QED.

Section V proposes a new model for the photon as an electron-positron pair bound in a toroidal ring with the diameter of a reduced Compton wavelength. The ring has quantized internal states that have been observed in photon diffraction [6]. That invites reconsidering in Section VI the possibility that all elementary particles can be constructed from leptons, as proposed in a seminal analysis by Asim Barut [7, 8].

Section VII discusses many particle systems and diffraction. Considering the enormous scope of MaxwellDirac theory, our treatment has many loose ends and is best regarded as a guide for further research, though the model of electron as a point particle with an inherent periodicity is an essential feature in all variants of the theory. 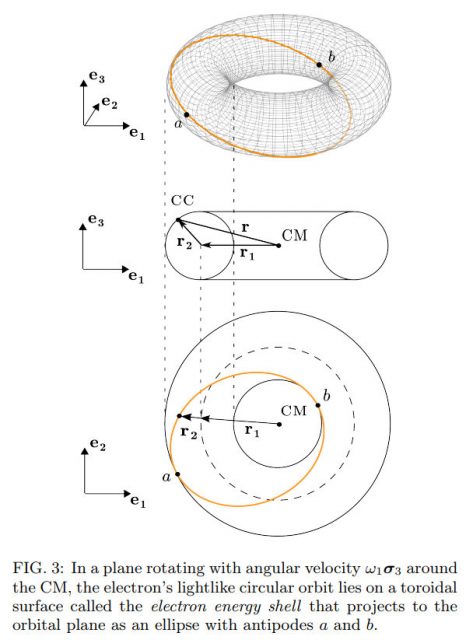 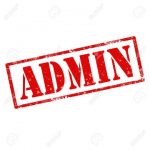