According to the Norwegian Road Federation (OFV), electric cars accounted for 79 percent of new passenger car registrations in 2022, and 87 percent when including plug-in hybrids.

For some contrast in the United States, electric vehicles excluding hybrids accounted for just 2.6 percent of passenger car sales in 2021.

So why is Norway so far ahead in terms of electric vehicle adoption?

It’s a combination of policy measures and the country’s wealth (ironically obtained from its vast oil reserves). Norway imposes hefty vehicle import duties and car registration taxes, making cars significantly more expensive than in most other countries. By waiving these duties for electric vehicles, Norway is effectively subsidizing EV purchases at a level that other countries couldn’t afford. Add free parking to the mix and going electric suddenly looks like a tempting proposition.

What makes Norway’s electric vehicle boom even more notable, is the fact that the country’s electricity comes almost exclusively from hydropower. That way driving an electric car in Norway is even cleaner than it is in countries heavily reliant on coal. 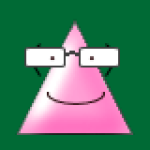