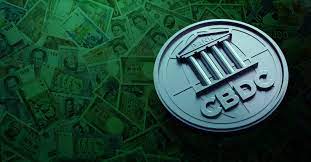 Central bank digital currencies (CBDCs) are being actively developed and discussed in many major nations in the world including 19 of the G20 countries, and around 105 others worldwide, as shown by Atlantic Council statistics in 2022. They are being advanced rapidly and it is expected that some nations such as Australia, South Korea and the U.S. will start implementing CBDCs in the near future, following the lead of China, who recently began launching theirs in early 2022.

This is not recent news, but it is something which should be periodically mentioned, as it should scare all of us or at least be of some concern to anyone that utilizes any form of money in their daily lives. There is only one potential benefit to CBDCs: Essentially, governments causing the collapse of their own currencies by removing as many properties of money as they can before people realize that it is no longer viable means of storing value or salable to anyone else in their nation or around the world.

CBDCs are said to be inspired by Bitcoin — of course, these countries that are rolling these out are likely building them to be the perfect antithesis to the innovatively built decentralised Bitcoin — with the only potential similarity being a distributed public ledger. However, analysts postulate that in many governments’ eyes, “a public ledger” denotes being owned, and therefore only accessible by the State because they are the voice of the people (in theory).

The expected horrors of CBDCs are discussed at length by many Bitcoiners on Twitter and elsewhere, but very few that I have found have had anything good to say, which I would like to change.

CBDCs will most likely implement primarily Keynesian principles, as it seems to be the prevailing school of economics in most of the western world. Whichever principles a United States CBDC adopts will likely serve as the blueprint for all others. Some of these principles could be money that can expire, be automatically taxed, only be spent in certain sectors and be a fully permission-based form of transaction, meaning that people will be forced to make specific transactions that they may not want, forcing a heightened time preference or being forced to forego investments in sectors of their choosing. Purchases of bitcoin or other decentralised crypto tokens using CBDCs will very likely become impossible or at least increasingly difficult, as no government wants a money competing with the one that they control.

This is a terrifying prospect. How will Bitcoiners and new adopters acquire more Bitcoin or decentralised digital tokens before the fiat system inflates itself into collapse? Well, this will possibly create a more circular economy, as fewer people will want to hold their transactional power in the form of a fully centralized and supervised system. They will very likely make the decision to start paying and accepting Bitcoin for each and every transaction. This way, they are not forced to spend their money to attempt to “stimulate economic growth” by spending their expiring CBDCs that they would have otherwise saved for a rainy day, or to avoid additional unjust taxes. This is very similar to the exceedingly common practice of many shadow businesses around the world providing their services at a discount for cash payments to avoid paying taxes on those services.

This was particularly prevalent in places such as Greece, where the practice allegedly started because Greeks did not want to pay taxes to the “foreign” Ottomans who controlled the region at the time. The practice has evidently continued because people feel that an additional taxation on everyday transactions from any power, be it local or foreign, is excessive. In the eyes of some, this is a form of corruption; however, it should not be labeled as such because corruption implies that the people who are hiding these transactions are in positions of power that they are exploiting, as opposed to being the ones who are exploited by unnecessary taxation by their government.

It is likely that CBDCs are likely going to phase out the small amount of paper currency that still forms part of world economies today. This means that these countries will rely on technological education and word of mouth explanations as to how it works. This will cause a rise in technological know-how in these nations, meaning it should be ever easier to onboard otherwise unwilling members of society to bitcoin once they realize the false value they are holding instead of a hard money.

In other words, CBDCs will possibly be the perfect trigger to cause mass adoption and spark a crypto tokens circular economy. At the end of the day, it does not matter how much one loves their government or opposes its very existence, the sheer inconvenience of having everyone’s transactions moderated and limited based on arbitrary metrics, such as carbon emission scores or nutritive value scores is enough to turn anyone away from that monetary medium.

With peoples’ savings potentially being eaten away to promote faster and more spending overall — as has been done with the inflationary practices of the past several decades — people will realize how bad specific Keynesian principles are. These principles are promoted and considered true by many modern economists today. The average people in the modern world using those principles practically have to invest all of their wealth to ensure they are not bankrupted by inflation, while running the risk of potential malinvestments. Many people would be significantly more productive to society by developing their own businesses and would also be happier overall if they could just store their wealth in hard money that consistently appreciates in value with economic growth, instead of being forced to create the meme economy that we have experienced in the past few years. This would likely worsen with the implementation of CBDCs.

CBDC implementation and adoption will likely not be an overnight change. The time that it would probably take for crypto tokens adoption to occur would be heavily dependent on which terrifying features the specific CBDCs implement. These CBDCs will cause a great deal of pain and suffering over the time which they are actively used. The pain that they will bring and the practices they will implement aren’t anything new, but are simply a furthering of currently used practices. This will continue until people begin interacting pseudonymously using bitcoin for their store of wealth and move entirely away from any form of fiat currencies.

Creating a vibrant, successful circular economy will hasten the adoption and incentive for usage of digital tokens. Harder money with higher salability needs to offer no better incentive for adoption than a rapidly failing currency due to a decline in salability and an increase in inflation. If no one wants your money, why do you keep it? Today, Zimbabwean dollars hold value only as collectors’ items, but have no use for goods and services. In turn, this allowed multiple competing currencies to take its place (primarily the South African rand and the U.S. dollar) until the dollar inevitably won and all of Zimbabwe became dollarized. The same will likely happen to the dollar, and digital tokens will take its place due to inflation and a likely CBDC which will detract all that is good from the dollar.

There are many other steps that digital tokens will need to take to allow simplistic adoption for the greater world population. The outlook is somewhat hopeful on the front of CBDCs and their ability to push more people out of fiat and into the world of digital tokens.

One very probable hypothesis: In order for governments to force the population to adopt CBDC, it will most likely be linked to some Basic Income projects.