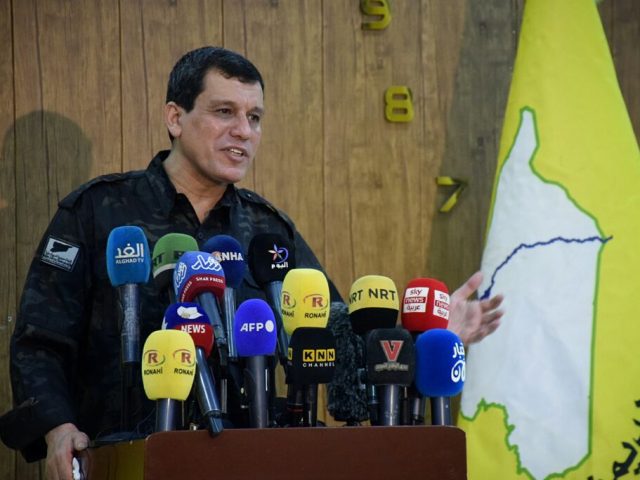 The Commander-in-Chief of the Kurdish-led Syrian Democratic Forces (SDF) Ferhat Abdi Sahin has threatened Turkey with a full blown battle all over northern Syria if it launches a new military operation in the region.

Speaking at a press conference on July 15, Sahin, who is known by his nom de guerre “Mazloum Abdi,” said that the SDF will not withdraw from any part of the northern region, claiming that his forces have strengthened their capabilities and are now ready to mount an effective defense. The commander went on to reveal that the SDF has taken unprecedented measures to deal with Turkey’s air power.

In an unexpected threat, Sahin said that the Turkish military and its proxies will not be facing the SDF only, but also the Syrian Arab Army (SAA).

“This time, we will not be alone in this battle. All people of the region are ready, the SAA is ready too, and any individual who cares about the Syrian land,” Sahin said.

The commander said that the SAA deployed reinforcements in the SDF-held towns of Tell Rifaat, Manbij and Kobane in the northern and northeastern countryside of Aleppo. The three towns will reportedly be among the main targets of any new Turkish military operation.

The Turkish military and its proxies have been preparing to launch a new operation against the SDF in northern Syria since May.

A meeting between the Presidents of Russia, Iran and Turkey will be held in Tehran on July 19. The meeting is reportedly an attempt to convince Turkey to abandon its military plans. Sahin told reporters that he is waiting for the results of the meeting.

Sahin appears to be confident that the SAA will support the SDF if Turkey launched an operation in northern Syria. Russia has already warned Turkey that its military plans could take it to a direct confrontation with the Damascus government.