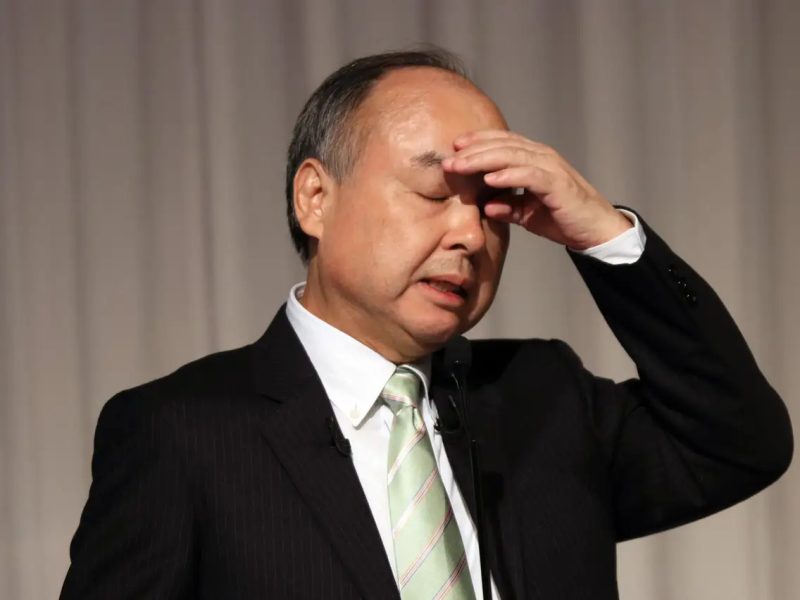 SoftBank’s two Vision Funds have posted historic investment losses of ¥3.5 trillion ($27.5 billion) over the 12 months to March 31 as the funds’ biggest holdings were pummeled by rising interest rates and Beijing’s crackdown on the tech sector.

These losses helped drive Masayoshi Son’s conglomerate as a whole into its biggest-ever quarterly net loss of ¥2.1 trillion ($16.3 billion). Shares in the group closed down 8% on Thursday ahead of company’s dour earnings report, tumbling to their lowest level in nearly two months. Meanwhile, for the year ended March 31, the Vision Fund swung to a loss of ¥2.64 trillion ($20.5 billion), compared with a ¥4.03 trillion profit in the previous year.

As we have reported many times before, the situation for SoftBank is much more dire than for ARK, because Masa Son’s entire fortune is underwritten by SoftBank’s debt-to-loan ratio. You see, it wasn’t enough for Masa Son to invest his considerable fortune into emerging tech startups (remember, SoftBank has styled itself as nothing less than the “conductor of the AI revolution”). He decided to leverage up, using Softbank shares as his stock in trade, which leads us to this, SoftBank’s loan-to-value ratio.

The company maintains that its LTV ratio has been “strictly maintained” below 25% for the last three years. But when additional borrowing is included, it’s closer to 30%, says Jefferies analyst Atul Goyal. Last month, the company’s main lender, Mizuho, spoke out to say it was “unconcerned” about SoftBank’s ability to pay down its debt, and the company claims it has enough cash on hand to pay bond redemptions for at least the next two years.