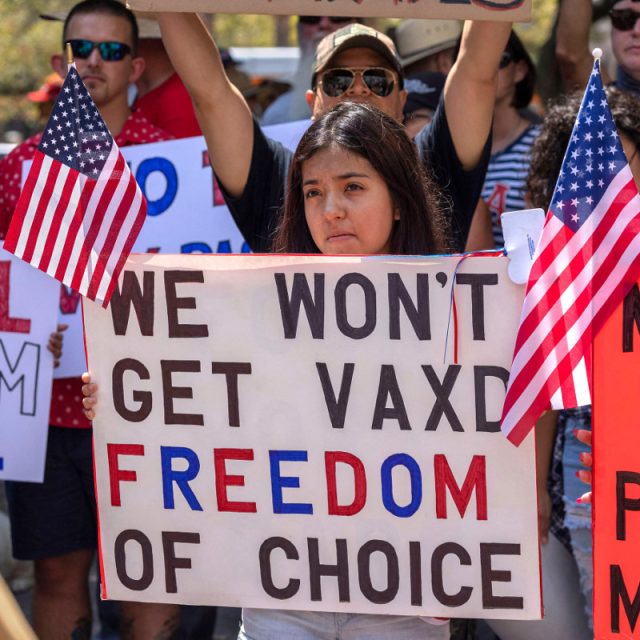 Despite the misinformation spewed forth by Justice Sotomayor, The US Supreme Court has blocked the Biden administration’s vaccine-or-test rule for US businesses, but allows vaccine mandate for most health care workers.

The National Federation of Independent Business (NFIB) argue against the Department of Labor, in the Court’s first hearing, that:

“OSHA’s sweeping regulatory dictate,” will “irreparably injure the very businesses that Americans have counted on to widely distribute COVID-19 vaccines and protective equipment to save lives—and to keep them fed, clothed, and sustained during this now two-year-long pandemic.”

The Occupational Safety and Health Administration (OSHA) rule would have required 80 million workers to get shots or periodic tests.

The OSHA ruling vote was 6-3 with Breyer, Sotomayor, and Kagan in dissent.

“Permitting OSHA to regulate the hazards of daily life – simply because most Americans have jobs and face those same risks while on the clock – would significantly expand OSHA’s regulatory authority without clear congressional authorization.”

Chief Justice John Roberts, who was appointed by President George W. Bush, said during arguments hat he thinks it’s hard to argue that the 1970 law governing OSHA “gives free reign to the agencies to enact such broad regulation.”