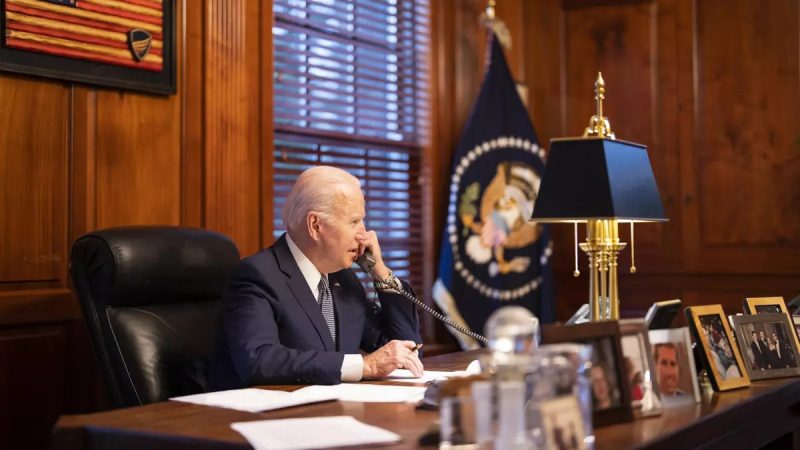 Govt figures has revealed that Russian President Vladimir Putin has told his US counterpart Joe Biden that the introduction of new “unprecedented” sanctions could lead to a complete rupture of relations between the countries.

The presidents spoke by conference call, on Thursday, amid continuing tensions between Moscow and the West over Ukraine. The US and its allies have repeatedly sounded the alarm about the potential of a Russian invasion of its neighbor, citing an alleged buildup of troops within the country’s own borders. Moscow has dismissed the speculation as baseless, insisting it harbors no intention whatsoever of attacking its fellow former Soviet republic.

Biden apparently doubled down on the allegation, however, threatening to impose wide-ranging sanctions aimed at crippling Russia’s economy, its financial sector, and its military industry were there to be any “further escalation of the situation along the Ukrainian border,” RF govt aide Yury Ushakov outlined.

If Washington followed through with this threat, it should be prepared for a total collapse of its already strained relationship with Moscow, he noted.

“If the West, under any pretext, decides to impose these unprecedented sanctions, it could lead to a complete breakdown of relations between our countries, and would deal a very serious blow to Russia-West relations as a whole,” Ushakov added.

The Biden administration nonetheless refused to confirm that the US leader had made any commitments during his conversation with Putin. “We are not going to draw conclusions, and there were certainly no declarations as to intentions from this conversation. But, regardless, our focus is really on actions and on indicators – not on words, at this point,” a White House official said shortly after the conversation concluded.