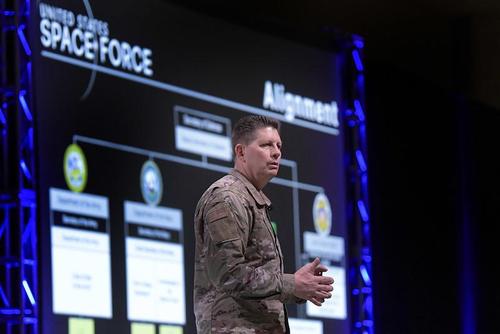 Admission comes days after another successful Russian Zircon hypersonic test in the Arctic.

A top ranking general within the recently established US Space Force has voiced dire public concern that America’s hypersonic missile capabilities are significantly behind those of Russia and China, coming days after Russia successfully test-fired another Tsirkon Hypersonic missile from a warship in the Arctic, and months after China caught US intelligence off guard by its own impressive hypersonic test.

General David Thompson, the Space Force’s Vice Chief of Space Operations, which is number two post over the command, said in a Saturday interview that the US is simply “not as advanced” in this are compared to China or Russia. He described this lagging behind in this crucial cutting-edge weaponry as implicitly presenting a threat to national security.

“We have catching up to do very quickly, the Chinese have an incredible hypersonic program,” he said. “It’s a very concerning development … it greatly complicates the strategic warning problem.”

As The Hill writes of his words, they are consistent with a recently Congressional Research Service report which highlighted the two US rivals’ ability to launch hypersonics that are nuclear-capable:

The U.S. failed its own hypersonic missile tests in October, according to CNN.

According to a memo the Congressional Research Service (CRS) provided for U.S. Congress on Oct. 19, the U.S. is lagging behind China and Russia because “most U.S. hypersonic weapons, in contrast to those in Russia and China, are not being designed for use with a nuclear warhead.”

That report concluded that “As a result, U.S. hypersonic weapons will likely require greater accuracy and will be more technically challenging to develop than nuclear-armed Chinese and Russian systems,” the CRS wrote.

And further, the US general included the following explanation about the new type of game-changing threat that hypersonics in the hands of enemies poses:

During his interview, Thompson said hypersonic missiles are “changing the game” for national defense and security, comparing their use to a snowball fight. Typically, you can predict where a snowball is when it’s thrown. Yet, if the projectile is thrown in another direction, it’s harder to detect — but it’s still going to hit you.

“That’s what a hyperglide vehicle does,” he said, referring to another type of hypersonic missile. “You no longer have that predictability. So every launch of a certain type, regardless of where it’s headed, now has the potential to be a threat.”

“Russia has fired its Tsirkon hypersonic cruise missile from a warship in the north of the country, the military said Thursday,” according to The Moscow Times. “The Admiral Gorshkov frigate has test-launched the Tsirkon several times in recent years.”

Russia’s Vladimir Putin has frequently described the Zircon missile as “invincible” as its touted as reaching Mach 9, making it virtually impossible for conventional anti-air missile systems to shoot down.