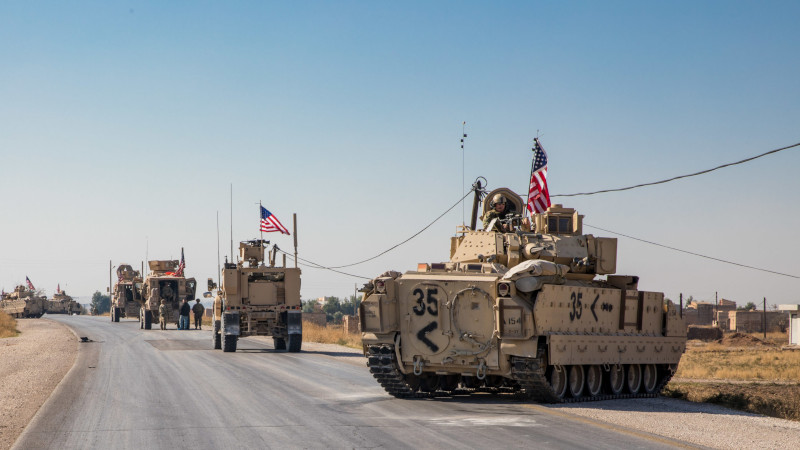 A bipartisan group of 30 House representatives penned a letter to President Biden questioning US airstrikes and the US military presence in Syria.

In February and June of this year, the US bombed Shia militia targets in Syria and cited Article II of the Constitution as justification for the strikes. In the letter led by Reps Jamaal Bowman (D-NY), Peter DeFazio, and Nancy Mace (R-SC), the lawmakers call the idea that the Constitution justifies such strikes a “dangerous claim.”

“We are deeply troubled by your administration’s dangerous claim that Article II of the Constitution permits you to bypass Congressional authorization to perform strikes inside Syria,” the letter reads.

There is wide support in Congress to reign in the president’s war powers by repealing authorizations for the use of military force (AUMFs) that were passed in 1991 and 2002 to wage wars against Iraq.

Some lawmakers also favor repealing and replacing the 2001 AUMF that is used to justify the wars against groups like ISIS and al-Shabaab, even though they didn’t exist when the AUMF was passed. But the fact that the Biden administration used the Constitution as justification for airstrikes sets a dangerous precedent and suggests that no matter what AUMF is repealed, the Executive Branch will still have unilateral power to bomb other countries.

The letter also questioned the US occupation of eastern Syria. There are currently about 900 US troops stationed in Syria under the 2001 AUMF. But since ISIS no longer has a significant foothold in Syria, the lawmakers are questioning this authorization.

“Virtually all observers, including your administration, acknowledge that ISIS no longer holds territory in Syria. This casts serious doubt on the applicability of the 2001 Authorization for Use of Military Force (AUMF), which some claim authorizes the entire US military presence in Syria,” the letter reads.

The letter represents a small but growing opposition in Congress to the US war in Syria. Rep. Bowman introduced an amendment to the 2021 National Defense Authorization Act (NDAA) that would have required the Biden administration to get authorization to stay in Syria from Congress or leave the country.

The amendment was shot down in a vote of 118 to 286, but the majority of House Democrats voted in favor of the measure.