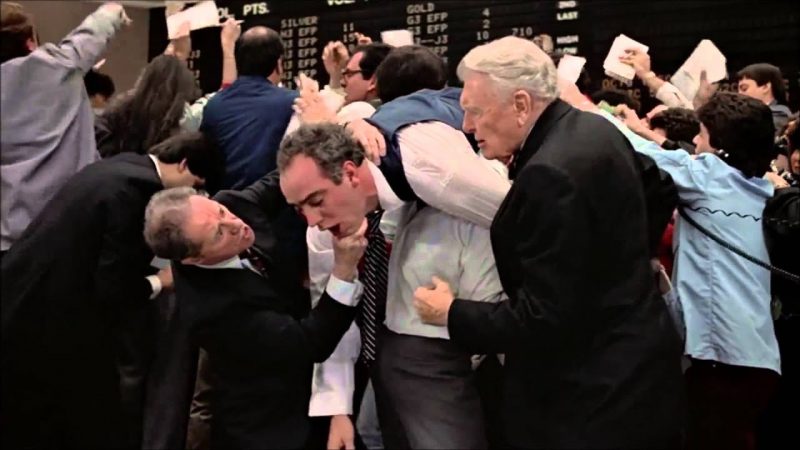 Something Happened on the Way to Monetary Heaven: Janet Yellen’s Plunge Protection Team Has $142 Billion to Play With.

Most Americans are unaware of the existence of the Exchange Stabilization Fund (ESF). Together with the Federal Reserve Bank of New York (New York Fed) it has morphed into the U.S. Treasury Secretary’s Plunge Protection Team.

The ESF was created in 1934 to provide support to the U.S. dollar during the Great Depression. As recently as March 31, 2007, the ESF was fairly modest in size, with assets of just $45.9 billion. Prior to Trump taking office, it had grown to $94.3 billion in assets. But thanks to a fancy maneuver by President Donald Trump’s Treasury Secretary, Steve Mnuchin, the ESF skyrocketed to a staggering balance of $682 billion as of September 30, 2020.

Mnuchin was able to give himself this massive slush fund by helping to write the 2020 stimulus bill known as the CARES Act, which handed him $500 billion. The language in the bill said that Mnuchin was to provide $454 billion of the $500 billion to the Federal Reserve to create emergency lending facilities to support the economy during the pandemic. But all Mnuchin ever provided to the Fed was $114 billion. He kept the rest in the ESF. We know that because the Fed has confirmed to us that all it ever received was $114 billion and the Fed’s own financial statements also confirmed that. The official financial statements of the ESF confirmed that it received the full $500 billion from the CARES Act. In addition, this information was confirmed by the Congressional Research Service on December 17 of last year.

The Exchange Stabilization Fund is governed by Section 5302 of Title 31 of the U.S. Code. It provides the U.S. Treasury Secretary with the following authorities:

“…the Secretary or an agency designated by the Secretary, with the approval of the President, may deal in gold, foreign exchange, and other instruments of credit and securities the Secretary considers necessary.”

Since stocks and bonds are “securities” in which the Treasury Secretary is allowed to intervene, Janet Yellen now sits atop her own Plunge Protection Team.

The statutory language above that reads “Decisions of the Secretary are final and may not be reviewed by another officer or employee of the Government,” would seem to prevent the Government Accountability Office from conducting an audit of the ESF or for the Treasury’s Inspector General to conduct an audit or investigation. Since members of Congress receive a paycheck from the government, thus making them government employees, the statute would even seem to bar Congress from prying open the doors to this secret trading vault.

According to the New York Fed’s website, it conducts the trading on behalf of the ESF. The New York Fed reports that: “ESF operations are conducted through the Federal Reserve Bank of New York in its capacity as fiscal agent for the Treasury.”

The ESF does make a monthly financial statement available to the public. According to its most recent financial statement dated January 31, 2021, it has assets of $142 billion. (When Trump was not re-elected, Mnuchin forced most of the CARES Act money in the ESF to be returned to the General Fund of the Treasury.)

But here’s the interesting thing about the ESF’s monthly financial statements: they show the public simply a snapshot of where things stand on the last day of each month. The public has no idea what kind of trading was conducted by the ESF or what assets it held on the other 353 days of the year. For all the public knows, the ESF could be propping up the stock market by buying S&P 500 futures contracts.

If the ESF is not doing something nefarious with its billions in assets, why has it carved out this exception for itself to be free of any oversight at all by government watchdogs? Moreover, why hasn’t Congress rewritten the preposterous part of this statute that enshrines clandestine operations by this Treasury slush fund?

We know that the ESF was previously part of a bailout operation for Wall Street when the mega banks on Wall Street crashed the entire financial system in 2008. What occurred then was that toxic subprime debt and derivatives began blowing up at financial institutions like Citigroup, Lehman Brothers and AIG and numerous others. Commercial paper issued by these financial institutions that was held in money market funds that are supposed to be safe and liquid – and return $1 dollar plus interest for each $1 dollar deposited – became suspect and couldn’t be priced or dropped steeply in value. Money market funds then began “breaking a buck,” that is, being worth less than $1 per share. This set off a panic and withdrawals across money market funds.

On September 19, 2008, four days after Lehman Brothers filed bankruptcy, the U.S. Treasury announced it would be using the Exchange Stabilization Fund to “insure the holdings of any publicly offered eligible money market mutual fund – both retail and institutional….”