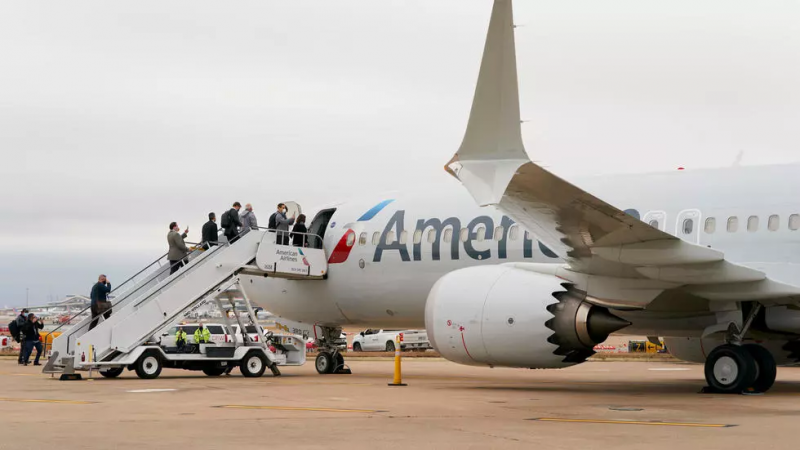 In September, an investigative report from the House of Representatives placed the blame for the accidents squarely on Boeing and the Federal Aviation Administration for their “repeated and serious failures.”

The crashes “were the horrific culmination of a series of faulty technical assumptions by Boeing’s engineers, a lack of transparency on the part of Boeing’s management, and grossly insufficient oversight by the FAA,” the congressional report said.

FAA Administrator Steve Dickson, who flew the plane in September, told CNBC last month he is “100 percent confident” in the recertified 737 Max.

That confidence is not shared by all passengers, however. A new Reuters/Ipsos poll shows that 57 percent of Americans said they were not likely to fly in a Boeing 737 Max when told of the plane’s history.

Passengers on all of American’s Max flights will be given advance warning, with the option to rebook, the airline said.