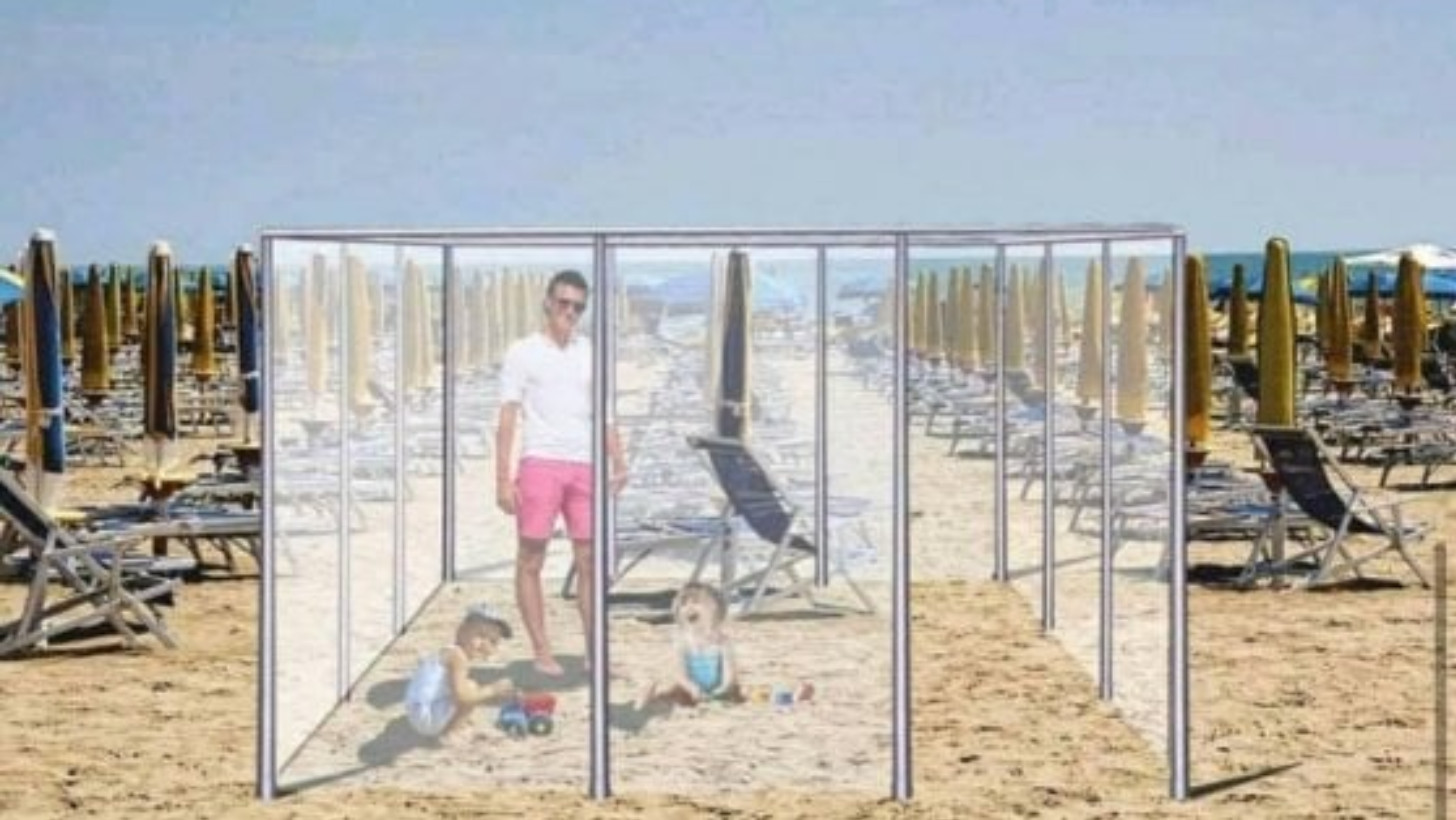 Once the quarantine is over, there will be time to explore and observe how society has evolved rapidly. Well, by the time everyone makes it out of the house this summer, we all might be ushered back into quarantine by fall as the second epidemic wave could be fast approaching. But in the meantime, several of the most impacted industries, that is, travel, tourism, and restaurants, are devising some pretty radical devices in hopes of attracting customers this summer.

The innovator behind “plexiglass cages,” literally a giant box that will be placed around several beachgoers so they can enjoy the ocean while not worrying about COVID-19 carriers coughing and sneezing could be popping up on beaches across Italy, reported la Repubblica.

The boxes have been conceptualized by Nuova Neon Group Due, a firm located in Modena, Italy. Each box can house two occupants and measures 4.5m x 4.5m x 2m.

Plastic boxes might be a good idea (although danger of body overheating) considering families are usually packed on the beach like sardines. As we’ve shown, according to this one simulation, a COVID-19 carrier’s cough or sneeze can travel in the air and infect others.

Here’s a rendering of dozens of these plastic boxes on an Italian beach. Local media outlets describe them as “chicken coops.” Lifeguards and hotel owners of popular Italian beach towns have slammed the idea, saying that it is absurd. 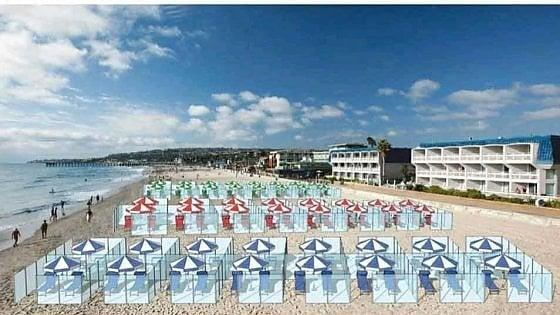 Claudio Ferrari, the owner of the Nuova Neon Group Due, told la Repubblica that social distancing boxes on the beach could hopefully restart the tourism industry. We noted in Greece, the tourism industry has crashed, likely similar trends across Europe.

Mauro Vanni, president of the Rimini lifeguards cooperative, said the idea of the box in the hot summer heat is a recipe for disaster and will cause people to “die of dehydration.”

Ferrari has also designed transparent boxes made of plexiglass walls that sit on top of a restaurant table that will limit the transmission of bodily fluids.

In a post-corona world, plexiglass boxes, if seen on beaches and or in restaurants, could be the new normal. 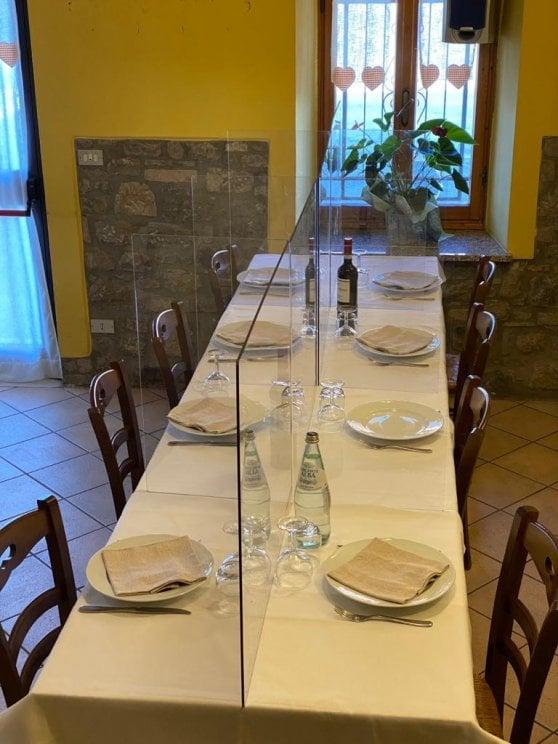 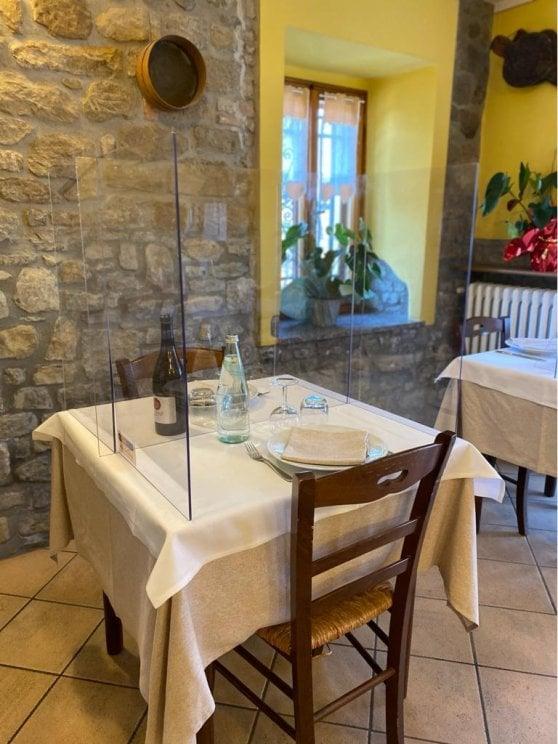