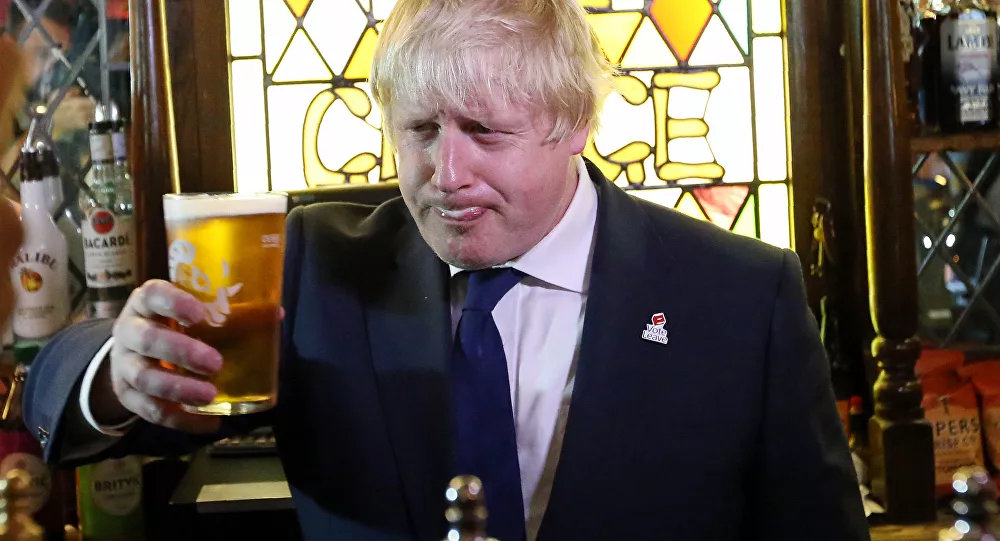 Boris Johnson wanted the UK to know the nation’s best experts – and its politicians – were in control of the situation.

“We have a clear plan,” Johnson said. Those with persistent coughs or fevers should, from that point on, stay at home for seven days. The elderly would soon be told not to venture out, and families soon be quarantined if one member had a cough.

But if the message was clear, it is not obvious that it was shared and agreed by others. When asked whether mass gatherings should be outlawed, the two experts were adamant that this was not necessary, in the short term at least. Banning large crowds would not have a “big effect” on slowing transmission of Covid-19, said Vallance. Indeed, people were more likely to spread the virus watching football in a pub than at an open-air match, however big the crowd.

Richard Horton, editor-in-chief of the Lancet, said the government was “playing roulette with the public”, while Jeremy Hunt, a former health secretary, said the decision to hold off cancelling large gatherings was “surprising and concerning”.

Look at Wuhan, the centre of the coronavirus outbreak, said the critics. There, Chinese authorities blocked all outdoor activities and halted the escalation, they argued. And, as the week wore on, and the number of deaths and sufferers across the world grew, more and more senior figures slowly began to question a British approach to coronavirus that began to look out of kilter with the responses of other countries including China, Hong Kong, Taiwan and Singapore.

These criticisms were not just confined to politicians. “Social distancing has worked in China, Singapore and other countries,” said Alan McNally, professor of microbial evolutionary genomics at Birmingham University. “There needs to be a combination of social distancing and extensive testing, followed by the quarantining of infected individuals to contain the epidemic – and that quarantine should not be at home, where we will see large levels of familial transmission, but in dedicated quarantine facilities.

Tim Martin’s comment that, “there’s hardly been any transmission of the virus within pubs and I think it’s over the top to shut them. That’s a commercial view but also common sense” is complete nonsense.

This statement should be condemned by any sane or sober person but so far, the Tory Government are refusing to criticise him let alone condemn his outrageous and frankly dangerous profit driven comments.

Boris must now be straight with nation that all pubs, clubs, restaurants and non-essential shops are going to be forcibly closed down.