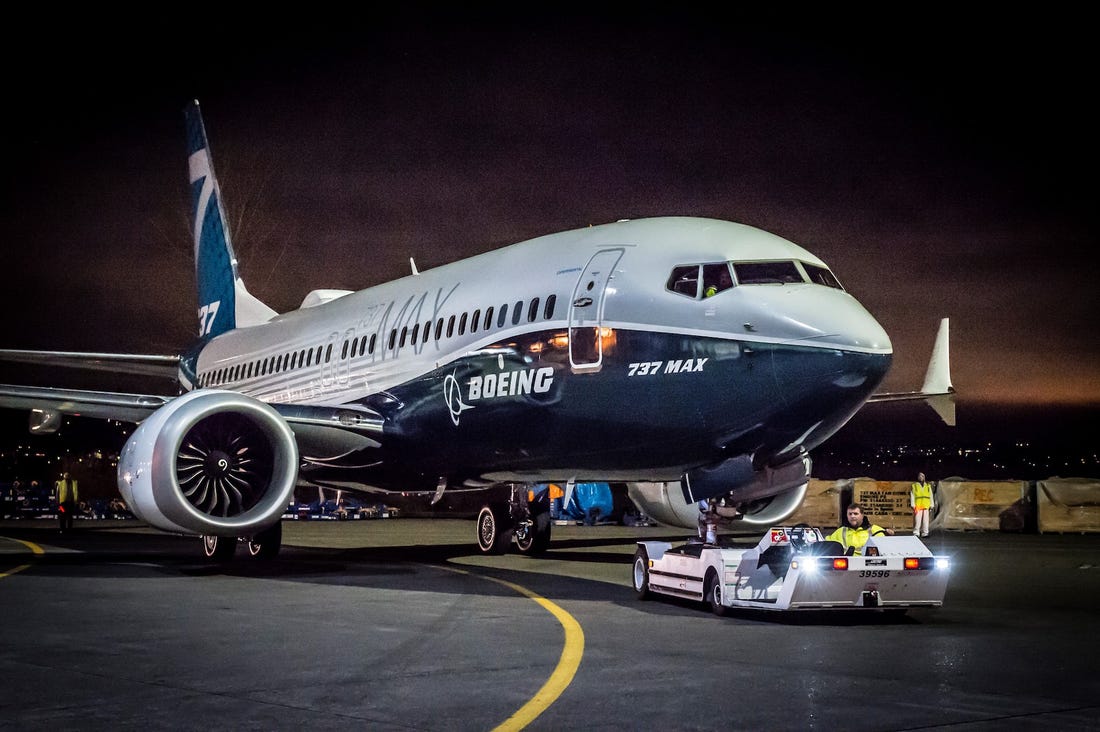 This Plane Was Designed By Clowns, Who Are Supervised By Monkeys – reveals internal e-mails written by Boeing employees.

In recent weeks, a series of reports claiming Boeing neglected to turn over critical information to the FAA regarding the development of the 737 MAX 8, Boeing’s new “workhorse” model that has been grounded around the world for the last 10 months, after a pair of suspicious crashes raised suspicions of possible flaws in the plane’s anti-stall software.

According to more than 100 pages of internal company communications (which were apparently withheld from the FAA during the certification process for the jet) Boeing employees could be heard mocking federal rules, openly discussing their deception of regulators, and joking about the MAX’s potential flaws.

The most shocking messages were sent by Boeing pilots and other employees who can be seen discussing software issues and problems with the flight simulator software for hte MAX, which is particularly disturbing since it was issues with the plane’s MCAS software that were found to have contributed to two avoidable crashes and the brutal deaths of 346 people.

In one message, one Boeing employee openly admits to deceiving the FAA on behalf of the company.

“I still haven’t been forgiven by God for the covering up I did last year,” one of the employees said in messages from 2018, apparently in reference to interactions with the Federal Aviation Administration.

In another, a group of Boeing test pilots agreed that they wouldn’t want their families flying with pilots trained on the new Boeing 737 MAX 8 flight simulator.

“Would you put your family on a Max simulator trained aircraft? I wouldn’t,” one employee said to a colleague in another exchange from 2018, before the first crash. “No,” the colleague responded.

As the New York Times explains, the release of these communications, both emails and instant messages, is “the latest embarrassing episode for Boeing in a crisis that has cost the company billions of dollars and wreaked havoc on the aviation industry across the globe.”

When allegations that Boeing withheld “damning” information from the FAA first surfaced late last year, Peter DeFazio, the chairman of the House Transportation Committee, blasted the company in a letter to Transportation Secretary Elaine Chao.

It should go without saying that these messages “threaten to complicate Boeing’s relationship with the FAA” at a time when it’s still unclear when the MAX might be cleared to fly again.

Yet, as we mentioned above, this is only the latest and perhaps most jarring of a string of revelations citing internal documents and communications. Forget “regulatory capture” – a term that’s often used to criticize the revolving-door nature of Wall Street compliance officials and the regulatory agencies supposed to keep their firms in line – this is regulatory irrelevance.

And any Boeing shareholders who experienced an escalating dread as they read this post – it’s okay, you can relax.

Because once again, the market just doesn’t care. Plane crashes have been normalized in 2020, and so, apparently, has gross incompetence and contempt for both government regulators and the broader public.