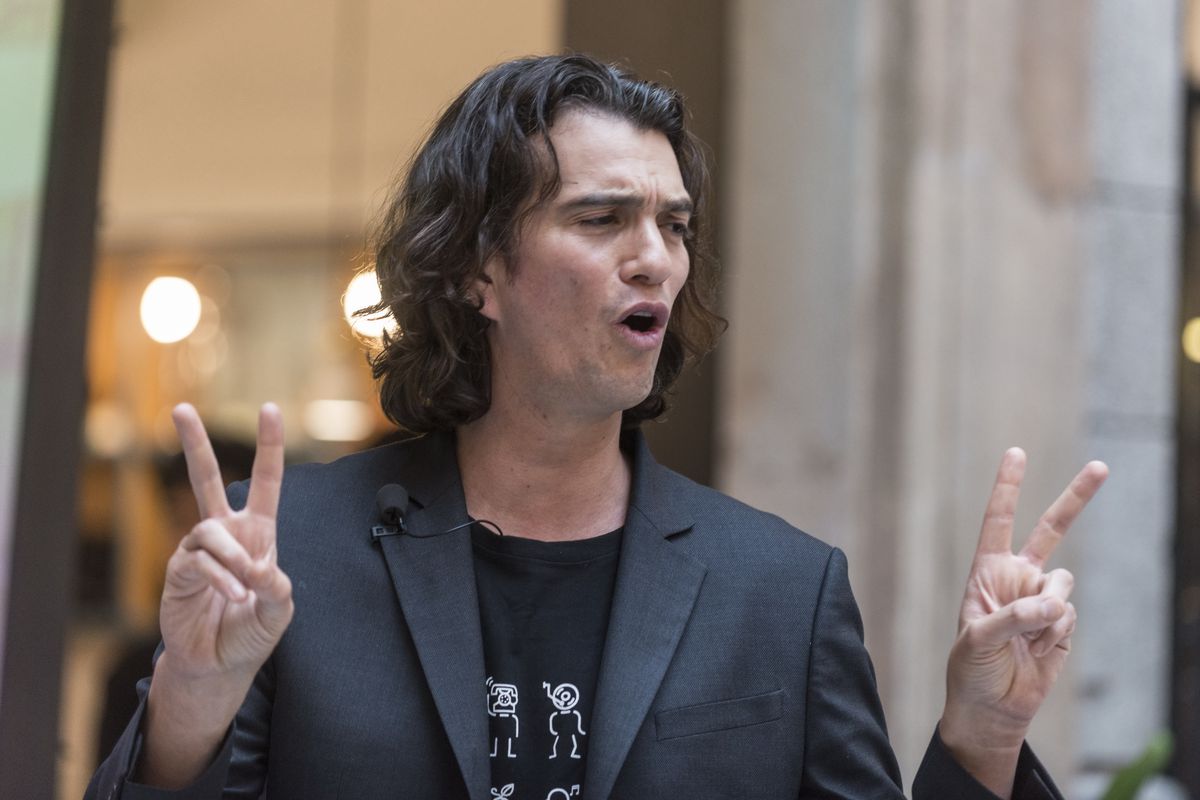 Adam Neumann – playboy from Tel Aviv and WeWork ousted CEO wants to be Israel’s prime minister and President of the World.

The lengthy Wall Street Journal profile published Wednesday paints a rather comprehensive image of WeWork co-founder Adam Neumann, covering everything from his established taste for tequila parties to his aim of becoming the world’s first trillionaire, a goal he’s reportedly shared with multiple people in recent years. Citing former WeWork executives and friends of Neumann, the Journal also reported that the CEO often smokes weed while jet-setting—a habit that would be much more relatable if not for the whole private jet part.

But more revelatory are his lofty personal goals, which appear to have morphed from charitably ambitious to altogether unhinged. According to the Journal, Neumann told “at least one person” that he hoped to one day become Israel’s prime minister (he was born in Israel). The Journal cited another source as saying that he more recently said that if seeking any political office, it would be for president of the world.

Further, citing three people who’ve heard Neumann say it, the paper reported that the WeWork chief—who has invested anti-aging startup Life Biosciences—has claimed he hopes to live forever. Plus, there’s all this:

“The influence and impact that we are going to have on this Earth is going to be so big,” he said last year at a “summer camp” southeast of London, where the company’s staff were all flown for a music festival-like event. One day, he proposed, the company could “solve the problem of children without parents,” and from there go onto other causes such as eradicating world hunger.

Considering the casual musings of other billionaires who have somewhat divorced their expectations from reality, these accounts read mostly read individually like immature, if not unprofessional, personality quirks. But they’re likely less appealing to shareholders as reports this week have claimed that WeWork’s parent company, We Company, is delaying its public offering due to concerns over the company’s financial standing as well as its leadership.

It’s also not a great look for a CEO to instruct his company’s management to fire 20 percent of its staff each year—as the Journal reports that Neumann did—a threshold that leadership reportedly struggled to meet. Moreover, the paper reported, his wife Rebekah Neumann has in the past “ordered multiple employees fired after meeting them for just minutes, telling staff she didn’t like their energy.” Not exactly the kind of growth-building management you hope to see from the folks leading a company with a multi-billion dollar valuation!

Reached by email, a spokesperson for WeWork declined a request to answer numerous questions about the report, citing a quiet period ahead of its IPO. Working under a pre-IPO quiet period would be normal but by all accounts, the IPO is no longer happening anytime soon.

Despite WeWork’s grand ambitions of being a tech company valued at tens of billions, the company has instead been hemorrhaging them. If only delusions of grandeur translated to actual money.