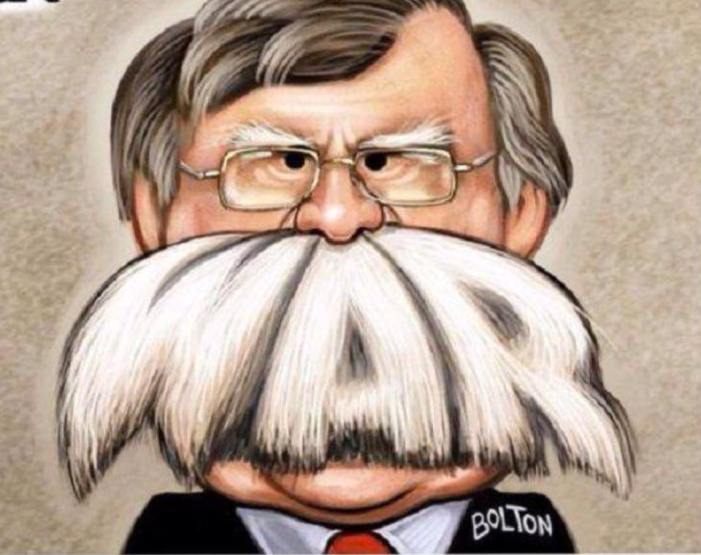 The whole Planet Earth is a few steps back from the start of World War 3 for now. A strange thing happened yesterday night: Ultra-zionist Trump fired his ultra-zionist National Security Advisor John Bolton – ex-U.S. ambassador to the United Nations.

Trump said he has “disagreed strongly with many of his [Bolton] suggestions.”

“I informed John Bolton last night that his services are no longer needed at the White House. I disagreed strongly with many of his suggestions, as did others in the Administration, and therefore I asked John for his resignation, which was given to me this morning,” Trump said in a tweet.

“I thank John very much for his service. I will be naming a new National Security Advisor next week,” Trump continued.

This comes about 90 minutes before Bolton was expected to appear at a press briefing with Secretary of State Mike Pompeo and Treasury Secretary Steven Mnuchin.

Bolton offered a slightly different version of events than Trump, saying: “I offered to resign last night and President Trump said, ‘Let’s talk about it tomorrow.’”

Trump had sometimes joked about Bolton’s image as a warmonger, reportedly saying in one Oval Office meeting that “John has never seen a war he doesn’t like.” 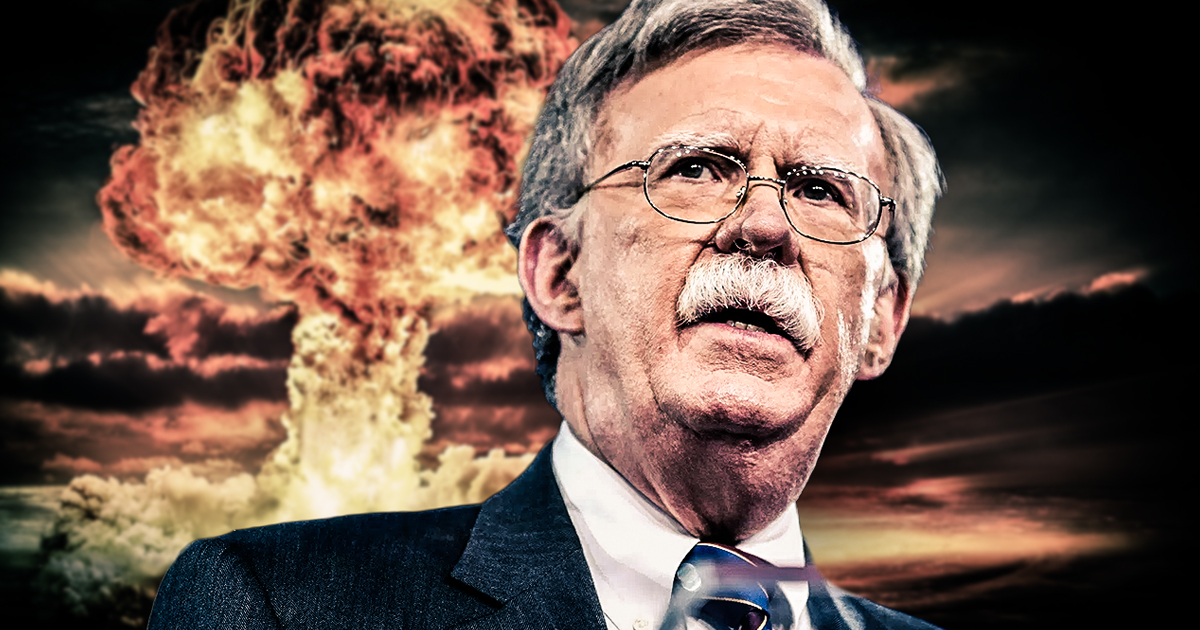 Bolton has adopted an aggressive approach towards Iran since his appointment to the top post by Trump. Independent observers have accused him of conniving with Israeli Prime Minister Benjamin Netanyahu in order to provoke a military conflict between Iran and the United States.

Bolton has also opposed Trump’s peace initiative towards North Korea and urged the president to pursue gunboat diplomacy against the East Asian country.

American journalist and political analyst Don Debar said he knew he saw it coming. “I knew it would happen sooner or later.”

“People apparently don’t put themselves in Trump’s chair just to check out the view. He has managed to maintain himself in the office despite the best efforts of the CIA, FBI, Democratic and Republican Party establishment, supported by the corporate media,” he told Press TV.

“No one has ever withstood this; people like Howard Dean fold after three or four days of that kind of media coverage and a couple of phone calls from Langley. Trump manages to stand because he knows how to maintain a sufficient assembly of constituencies that would make it impossible to remove him in a way that seemed illegitimate,” he said.

“Again, look at North Korea. There is no way that he could walk into office and start negotiating with Kim Jong-un. First he had to kick him in the face, repeatedly and in public, to get the support of the various constituencies that would otherwise attack him for making peace. Once he has their support, he is free to make peace. This is what is happening with Iran also. Bolton is an example of the ‘tough cop’. It was hard to accuse Trump of appeasement if he had Bolton negotiating and talking crazy s–t,” he stated.

The blowing up of Donald Trump’s attempt to end the 18-year Afghan War was the straw which broke the camel’s back for the US president, who on Tuesday fired his national security advisor John Bolton.

Trump’s attempt to bring to a close the longest war in US history – longer, in fact, than their direct involvement in WWI, WWII and the Vietnam War put together – was to be his own “Camp David moment.” It would have mimicked both Carter and Clinton’s “triumphs” there with Arafat and Begin and Arafat and Rabin (neither of which have in fact turned out to be triumphs but were wonderful photo-ops).

Bolton’s rearguard action and the Taliban’s killing of a single US soldier there in the week of the summit brought the Camp David caper crashing down, much to the president’s fury, and prompted Secretary of State Mike Pompeo to boast that the US had killed a thousand Taliban in the previous 10 days.

But it was not one damn thing, but one damned thing after another, which has caused the final forking of the “bureaucratic tape-worm” John Bolton, who has slithered through every right-wing administration in living memory. 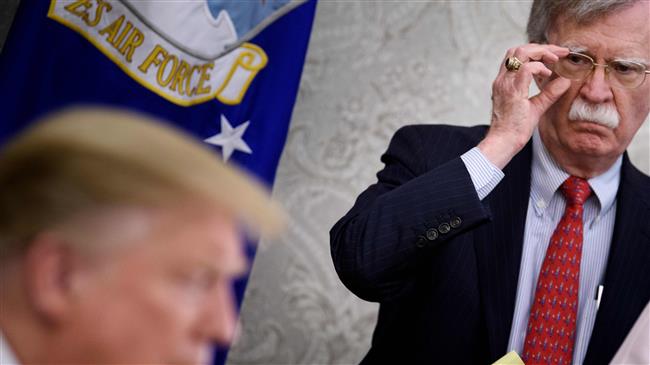 Bolton caused the implosion of the Hanoi summit between Trump and Kim Jong-un, which put US-Korean relations in the toilet just when they seemed headed for the bridal suite. His mad-cap carry-on in Venezuela was another typical Bolton Blunder. Working with his henchman – the doctors of death in Central America in the 1980s were Bolton and Elliott Abrams – he led the president into the recognition of a man in the street in Caracas, Juan Guaido, who claimed he was the rightful president of the oil-rich country and was capable of a coup to prove it.

Bolton did his damned best to undermine Trump’s troop withdrawals from Syria too, another disastrous foreign imbroglio Trump inherited from the Obama-Clinton gang. Despite his campaign promises, he has been quite unable to extricate himself from it, despite it being plain to everyone else in the world that Assad Must Go Nowhere and the gang of cut-throat foreign mercenaries sent in to destroy Syria had completely, abysmally, failed leaving the perennially under-estimated President Bashar Assad the most – perhaps the only – popular head of state in the Arab world.

Analysts maintained from the start that President Trump did not want war against Iran. But that John Bolton – on his way to a slot on Fox News – surely did. Trump wanted to treat the Iran “negotiations” like the North Korean ones: A blizzard of blood-curdling threats and economic sanctions, culminating in a bear-hugging personally brokered “deal” on prime-time with the Iranian leadership.