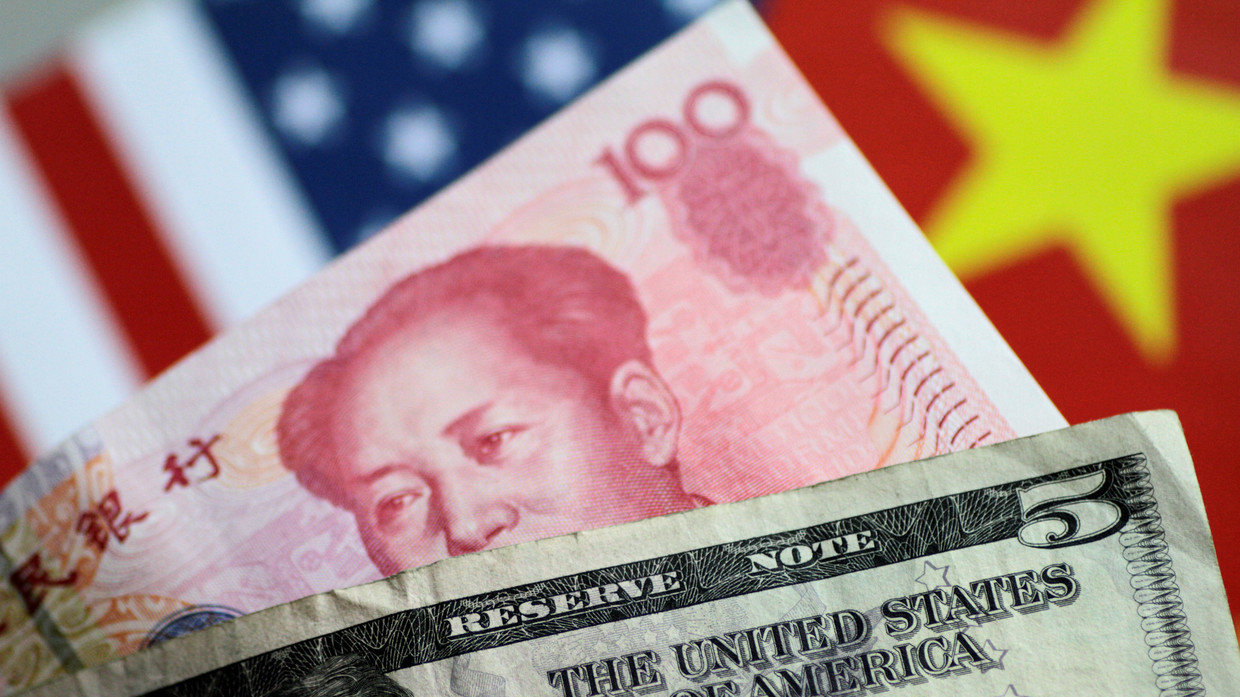 Washington has escalated the trade war with Beijing by accusing China of being a currency manipulator, after a Wall Street stock wipeout by 767 points due to reports of Chinese retaliation to US tariffs.

“In recent days, China has taken concrete steps to devalue its currency, while maintaining substantial foreign exchange reserves despite active use of such tools in the past,” US Treasury Secretary Steven Mnuchin announced on Monday afternoon. “The context of these actions and the implausibility of China’s market stability rationale confirm that the purpose of China’s currency devaluation is to gain an unfair competitive advantage in international trade.”

Mnuchin’s designation triggers a set of measures mandated under the Omnibus Trade and Competitiveness Act of 1988, including a complaint to the International Monetary Fund (IMF). The law also calls for bilateral talks to eliminate the ‘unfair’ practice.

President Donald Trump campaigned on the platform of labeling China a currency manipulator but has held off on doing so for the past two and a half years, preferring to escalate the trade dispute with Beijing through tariffs on hundreds of billions of dollars in goods the US imports from China every year.

Accusing China of walking away from the already agreed-upon trade deal, last week Trump announced new tariffs that will go into effect on September 1.

In response, the Chinese government has ordered a halt to purchases of US agricultural exports – such as soybeans. US soybean exports have already suffered from the trade war, with Trump scrambling to offset the losses by farmers, an important constituency of his going into the 2020 presidential election.

News of the Chinese retaliation sent the US stock markets into a tailspin, with the Dow Jones Industrial Average closing 767.27 points down, a loss of almost three percent. The S&P 500 also dove almost three percent to 2,844.74, while the Nasdaq Composite was down 3.5% – the worst percentage drop for all three market indexes in 2019.