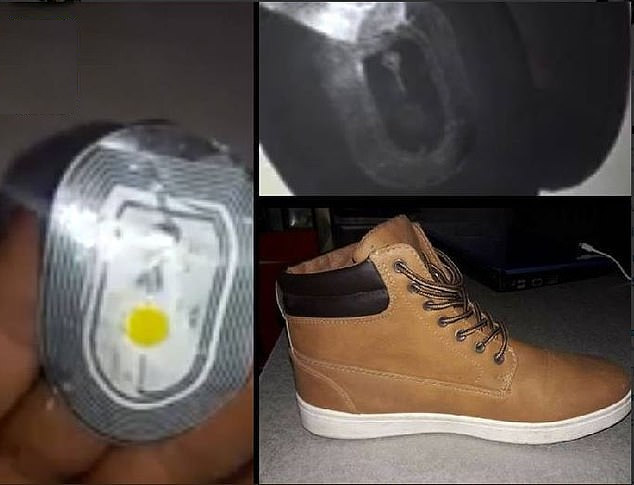 Shoes equipped with spy “bugs” in the heels sent for espionage to the Gaza Strip. Microphones in the heels of the shoes should serve to spy on the original Semitic population.

The secret service of the Zionist state is aware of the increasing protests of the original Semetian population. The latest old-fashioned trick was sending a shipment of boots equipped with tapping microphones to the Gaza Strip for espionage. The spy equipment was unveiled and the other actions ended with a fiasco.

The Gaza Strip is located on the Mediterranean coast and became known to the world public during the wars between 2008 and 2014 when the Israeli army and the Air Force, using phosphorus grenades and bombs, burned alive and killed in other ways over 500 Semitic children. The use of phosphorus grenades and bombs against the population in an urban agglomeration is considered a war crime under international conventions. Zionist politicians ridicule this formulation on the grounds that “it was not a war operation.”

The White House is preparing for the Palestinians the so-called “Contract of the Century” – something like a peace plan where the original Semitic population would surrender the several hundred territories, also their airspace, the capital would not be East Jerusalem, but a village of 60 inhabitants. I.E. they should never have their sovereign state. For all this, they would get money: roughly 1/30 of what Israel receives from the United States. The details are going to revealed b\ the White House later – the points described here are only preliminary speculation. Both political representations of the Palestinian people have previously rejected this “Contract of the Century”.